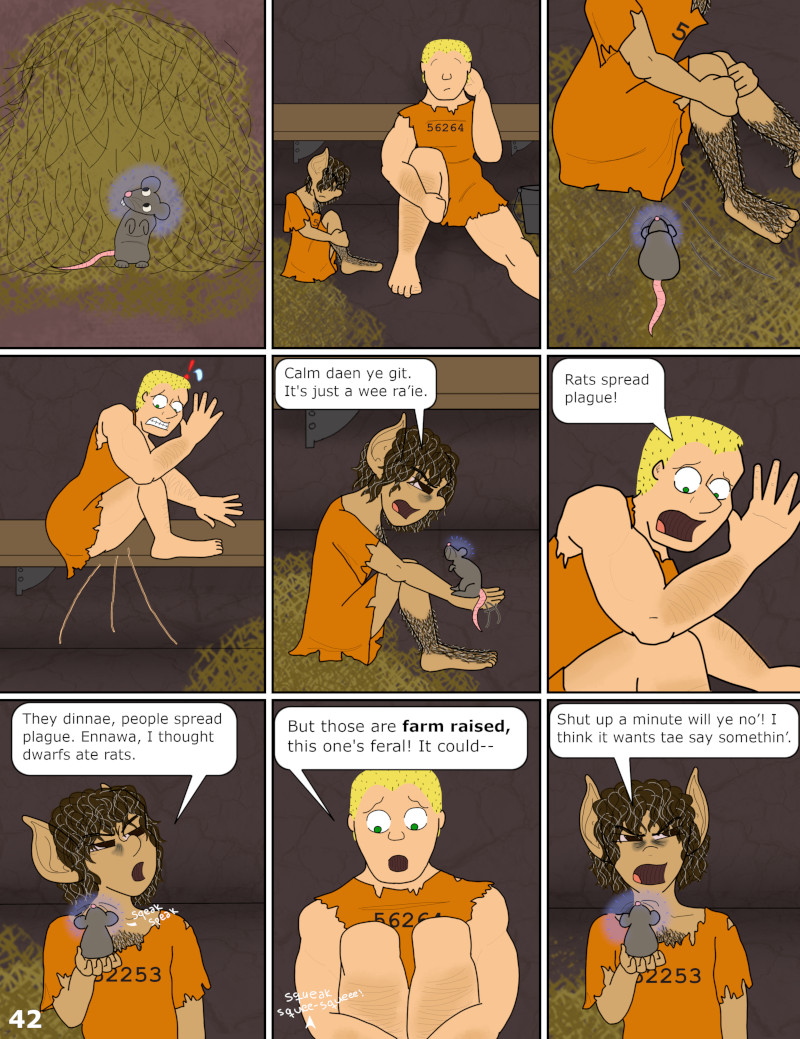 The spell Alexey’s using (called Borrowing) lets him temporarily steer a body around. In this situation, he’s Borrowing the body of a rat (whose consciousness is still perfectly intact) from outside the ward and driving it to the other side of the ward. These kinds of spells are less likely to be picked up by Mainland wards because the signature is very weak and the consciousness of the body is fully intact, tricking the ward into thinking nothing is awry. But it doesn’t last long.

Eventually, the consciousness of the thing you are borrowing realizes there’s something else in there with it and boots it out.

One could, technically, seize control of the mind AND body (called Possession), but that involves a lack of consent, and Alexey finds that very icky. He is NOT all about that non-con shit.

Panel 2
(Sancho and Lysander in a cell in prison uniforms)

Panel 3
(Rats eye view as it scurries up to them)

Panel 8
(Rat squeaking)
Lysander: But those are farm raised, this one’s feral! It could–

Panel 9
Sancho: [Shut up a minute, will you not?! I think it wants to say something.]