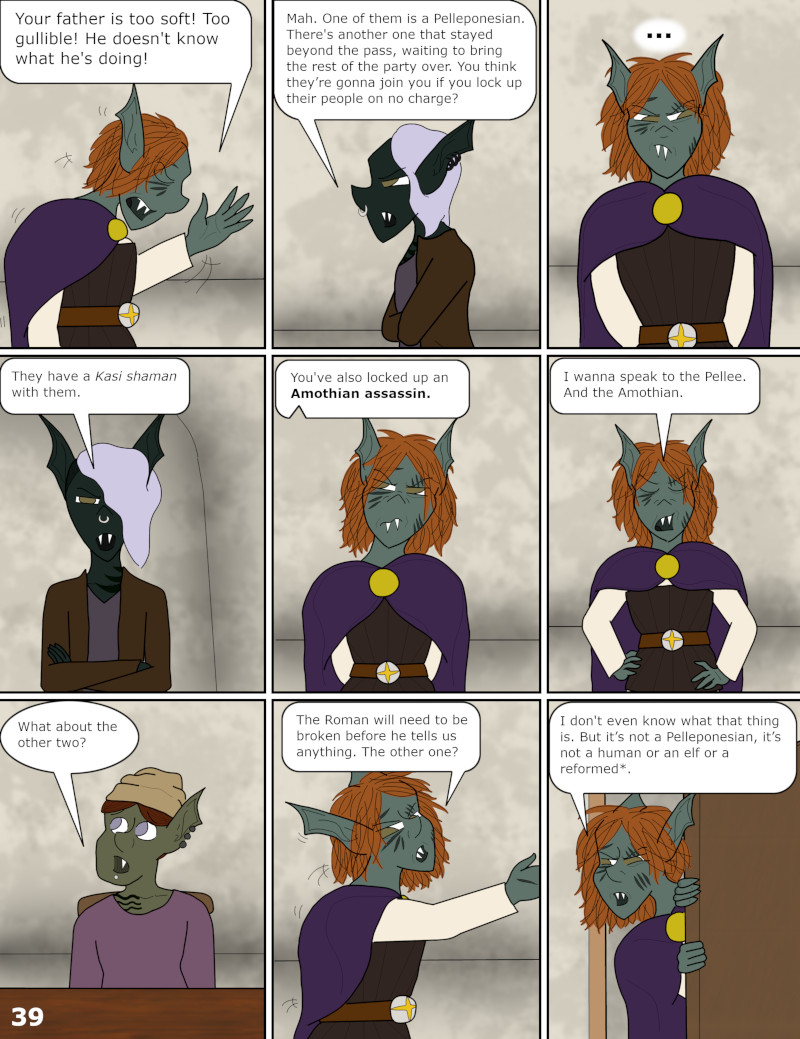 *Reformed undead. More on this later.

Page 39 panel 1
Gri’shak: Your father is too soft! Too gullible! He doesn’t know what he’s​ doing!

Panel 2
Teo: Mah. One of them is a Pelleponesian. There’s another one that stayed beyond the pass, waiting to bring the rest of the party over. You think they’re gonna join you if you lock up their people on no charge?

Panel 3
(Gri’shak is thinking about this)

Panel 4
Teo: They have a Kasi shaman with them.

Panel 7
Ruby: What about the other two?

Panel 8
Gri’shak: The Roman will need to be broken before he tells us anything. The other one?

Panel 9
Gri’shak: I don’t even know what that thing is. But it’s not a Pelleponesian, it’s not a human or an elf or a reformed*.

So unless it’s some secret Roman weapon, I don’t give a shit.