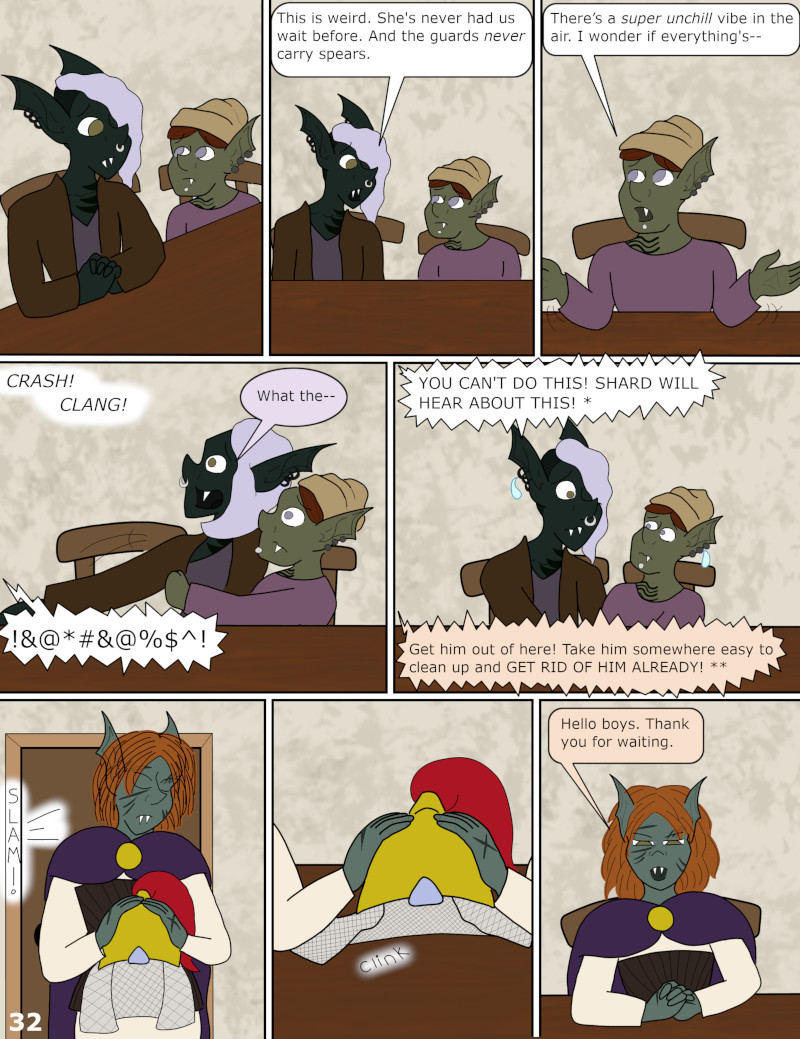 The Goblin kingdom of Grilamak is supposed to have a treaty with Romani’s prison colony Borealia, of which Lady Shard is governor. It figures Romani’s first female governor is a necromancer bent on world domination. But it looks like that treaty isn’t going so well.

Page 32 panel 1
(Teo and Ruby sitting in a waiting area, waiting for the queen.)

Panel 2
Teo: This is weird. She’s never had us wait before. And the guards never carry spears.

Panel 3
Ruby: There’s a super unchill vibe in the air. I wonder if everything’s–

Panel 4
(Noise and shouting from without)
Teo: What the–

Panel 5
Roman Voice: (off camera) YOU CAN’T DO THIS! SHARD WILL HEAR ABOUT THIS!

Goblin woman’s voice: Get him out of here! Take him somewhere easy to clean up and GET RID OF HIM ALREADY!

Panel 7
(Puts helm down on table with heavy sigh)