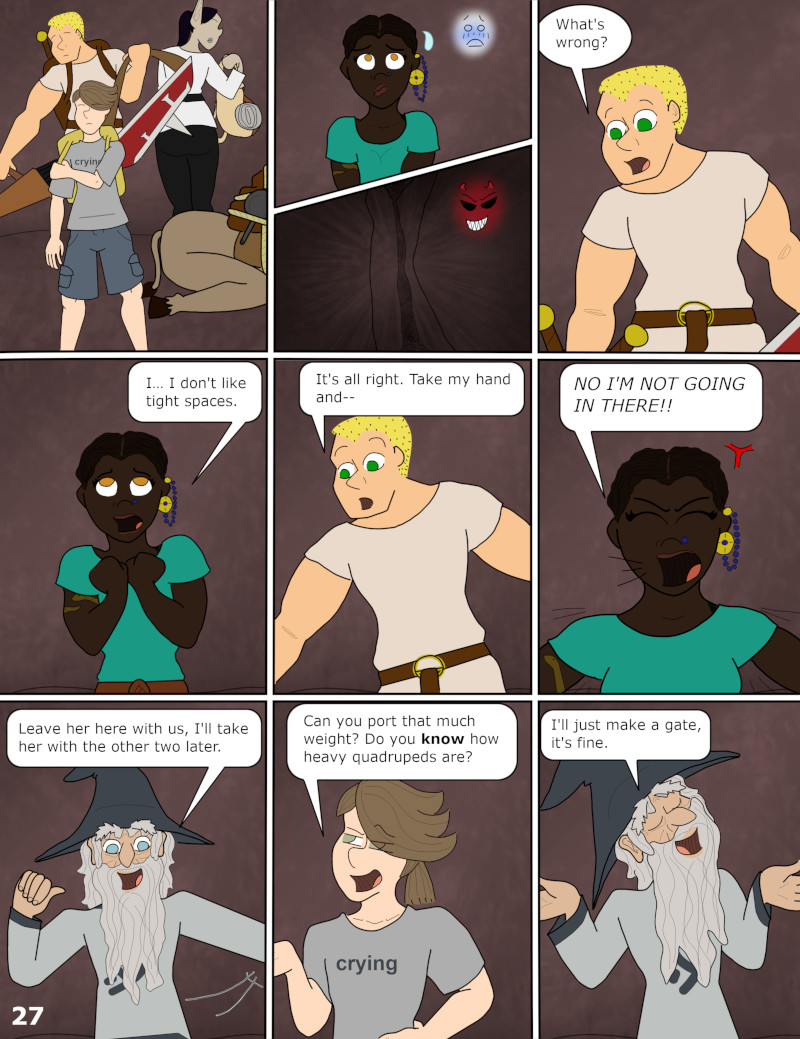 Uba doesn’t weigh that much, maybe 100 lbs at the most, but with Tulip weighing in at somewhere around 600 lbs and Niki at around 500 +, and including maybe a hundred pounds of gear, Alexey’s already pushing his teleport weight limit pretty close to max. Gates take a lot more mana, and can typically only be cast once a day, even by pretty high-level mages. But there’s no weight limit as it’s just a door.

But Alexey’s mana reserves are pretty high, as he hasn’t needed to do a whole lotta spell casting in the past, like, week? How the fuck long have they been walking for?

Panel 3
(Lysander with gear at either side)
Lysander: What’s wrong?

Panel 5
Lysander: ( holding all his gear in one hand and holding the other out to her) It’s all right. Take my hand and–

Panel 7
Alexey: Leave her here with us, I’ll take her with the other two later.

Panel 8
Bradley: Can you port that much weight? Do you know how heavy quadrupeds are?