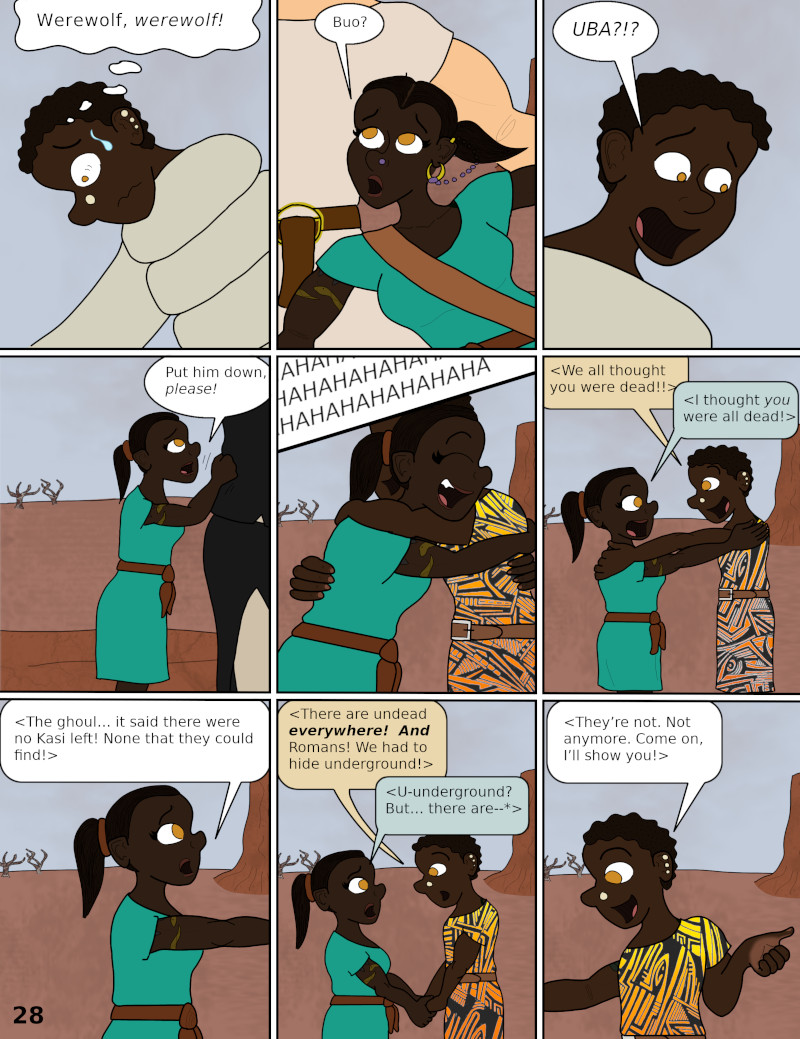 * There are caverns that weave everywhere under Uksheemy, which sits on a thin layer of sandstone atop a thick bed of pink limestone. Underground springs have carved tunnels and caverns that honeycomb the entire way through the northern part of the continent. They are home to several goblin and orc clans, reformed undead, and escaped prisoners from Romani’s prison labor colonies further north. The Kasi and Zev thought for centuries that the caves were haunted or cursed, because people who went in rarely came out. But for their part, goblins and orcs have had nothing but bad experiences with humans, so when some wander into their home, they assume the worst and act accordingly.

Panel 4
Uba: Put him down, please!

Panel 7
Uba: =The ghoul… it said there were no Kasi left! None that they could find!=

Panel 8
Buo: =There are undead everywhere! And Romans! We had to hide underground!=
Uba: =U-underground? But… there are–*=