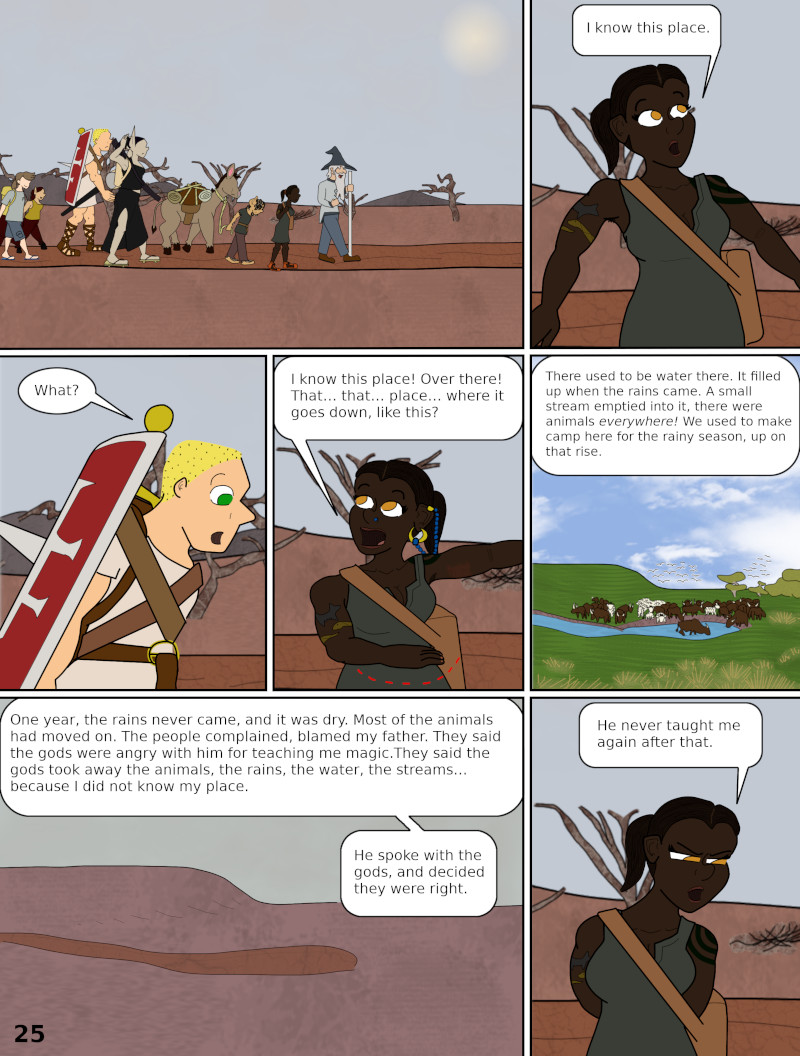 But now you have two NEW teachers who actively encourage you to blow shit up and then light it on fire. In the name of science, of course.

Panel 4
Uba: I know this place! Over there! That… that… place… where it goes down, like this?

Panel 5
Uba: There used to be water there. It filled up when the rains came. A small stream emptied into it, there were animals everywhere! We used to make camp here for the rainy season, up on that rise.

He spoke with the gods, and decided they were right.

Panel 7
Uba: He never taught me again after that.