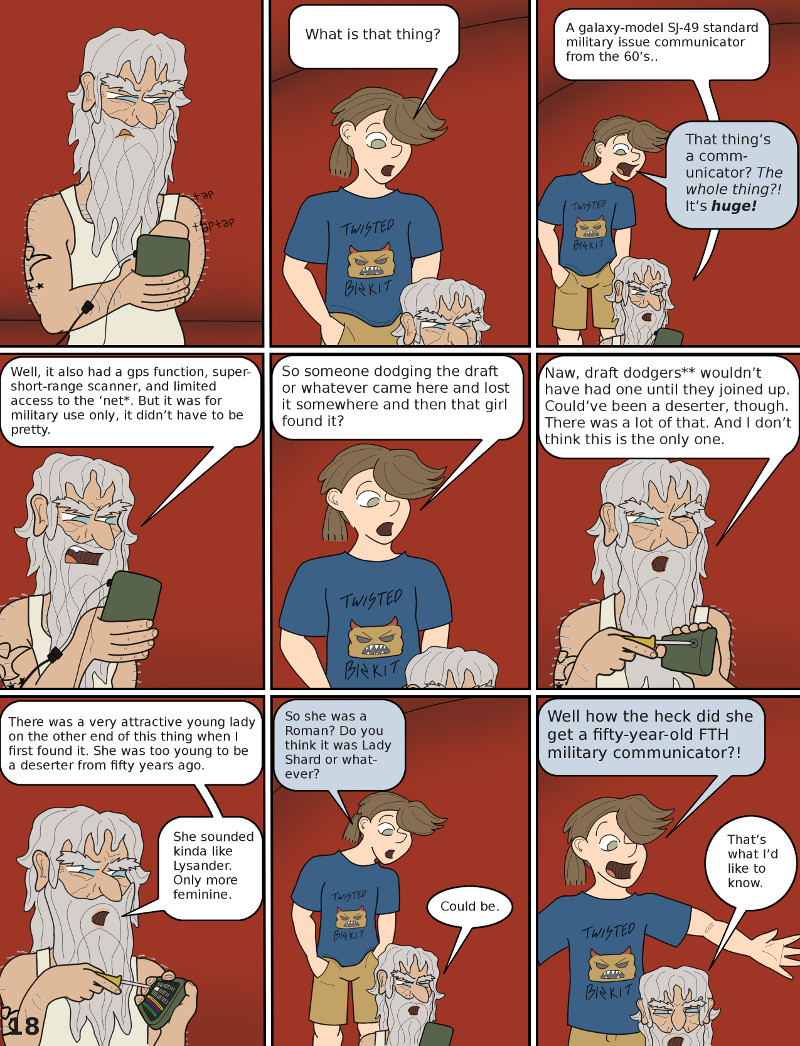 **Alexey was among the hundreds of Pelleponesian youths who had protested the Crellian War and who had tried to escape being drafted by the Galactic Corps. by fleeing to the Mainland, where FTH had no jurisdiction. His boat was one of those that had been discovered, and he was arrested and forced to fight along with the rest of them.

Panel 2
Bradley: What is that thing?

Bradley: That thing’s a communicator? The whole thing?! It’s huge!

Panel 4
Alexey: Well, it also had a gps function, super-short-range scanner, and limited access to the ‘net*. But it was for military use only, it didn’t have to be pretty.

Panel 5
Bradley: So someone dodging the draft or whatever came here and lost it somewhere and then that girl found it?

Panel 6
Alexey: Naw, draft dodgers** wouldn’t have had one until they joined up. Could’ve been a deserter, though. There was a lot of that. And I don’t think this is the only one.

Panel 7
Alexey: There was a very attractive young lady on the other end of this thing when I first found it. She was too young to be a deserter from fifty years ago.

Panel 8
Bradley: So she was a Roman? Do you think it was Lady Shard or whatever?

Panel 9
Bradley: Well how the heck did she get a fifty-year-old FTH military communicator?!