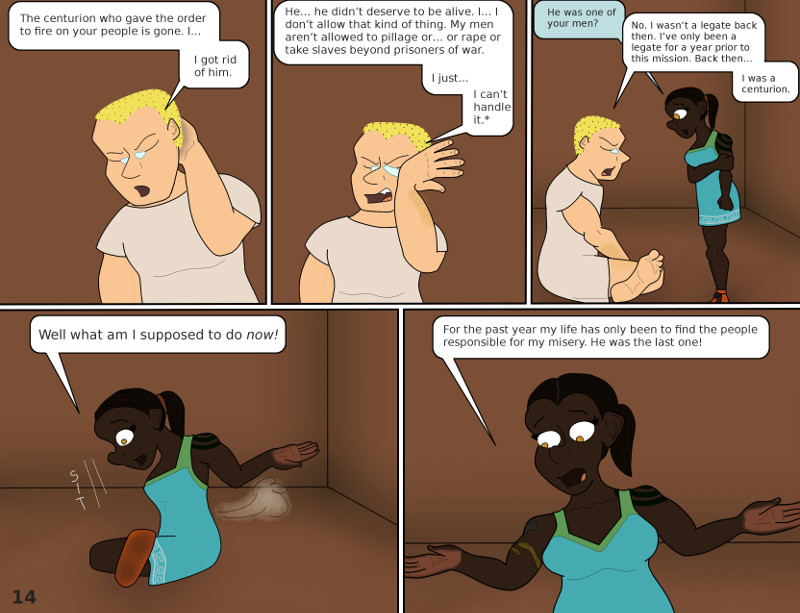 *Instead of loot, which is the main way most soldiers make their money, Lysander reimburses his soldiers out of his own pocket. He lives in the palace rent free and doesn’t really know how to spend his money, so he has a lot of it saved up. He can afford to pay them ultimately more than they would have gotten in loot, especially since most of that lot is given to the commanding officers. They’ve mostly been campaigning in places like Taur and Uksheemy, where the people have very little material wealth to be looted anyway. So his soldiers come out of these campaigns richer than those under other Legates (Generals), and so he’s amassed quite the following among the lower-class soldiers and noncommissioned officers.

Perdwat and Amoth, the two richest empires in the world, are too well defended to wage war against at the moment, and every attempt for one nation to take the other has ended in a stalemate. And Cohatlan has allowed key city-states, like Pachti for example, to be governed by Romani-controlled puppets in exchange for peace. The Dwarf and Goblin clans of that region are also at a very uneasy peace with both Romani and Cohatlan. The Kodar aren’t necessarily at peace, but try to stay out of the way entirely, fighting back when they have no other choice.

So until Romani can gain a foothold in a wealthier country, they’re stuck spending more money on wars than they bring in. Which is kind of a bad thing for autocratic governments.

Page 14 panel 1
Lysander: The centurion who gave the order to fire on your people is gone. I… I got rid of him.

Panel 2
Lysander: He… he didn’t deserve to be alive. I… I don’t allow that kind of thing. My men aren’t allowed to pillage or… or rape or take slaves beyond prisoners of war. I just… I can’t handle it.*

Panel 3
Uba: He was one of your men?
Lysander: No. I wasn’t a legate back then. I’ve only been a legate for a year prior to this mission. Back then… I was a centurion.

Panel 4
(Uba sits, shocked)
Uba: Well what am I supposed to do now!

Panel 5
Uba: For the past year my life has only been to find the people responsible for my misery. He was the last one!