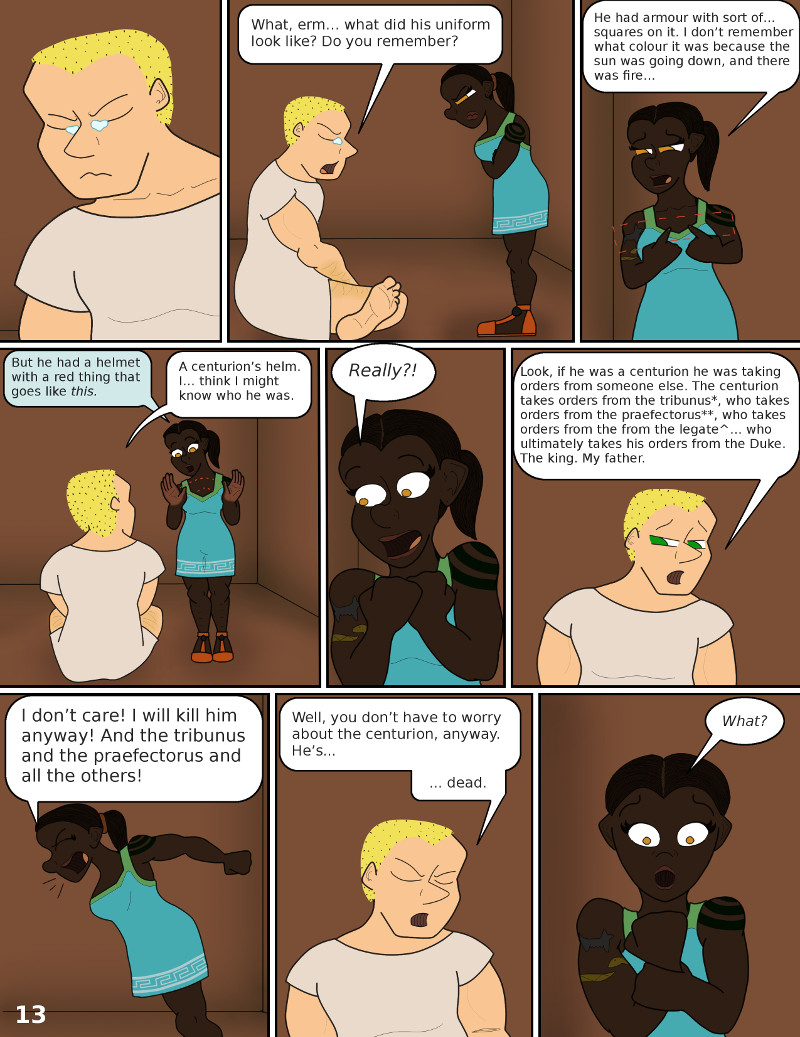 * The lowest ranking commissioned officer, each legion usually has five of them. They often fulfilled the role of administrative officers. Sometimes, if appointed by an imperial legate (or sometimes even the Duke) they serve at a higher ranking.

** Usually third highest rank, occupied by veteran officers with at least 25 years in the legion.

^ Commander of the overall legion (if appointed by the Duke, this makes him an Imperial legate, and he may be in command of more than one legion.) Acts as provincial governor. Sometimes also given the responsibility of heading auxiliary units.

As second son and an Imperial Legate, Lysander technically has a governerial position over the province of Sinoria (and after the death of his brother, of Imperia as well.) He technically has a royal villa in both Sinoria and Imperia, but he’s never been to either of them. He attended a military academy in the capital city of Cornelia after he was taken from Nzima. And after a few… let’s call them “periods of ado” between he and his father during this time, he has been ordered to live in the palace permanently where people can keep an eye on him. He even has handlers when he’s out on campaign, but on this adventure he was able to shake them off, for the most part. This is the first time since becoming a Citizen of Romani that he hasn’t been under constant surveillance by his father. At least, until they found out Shard had been spying on them for quite some time.

Page 13 panel 1
(Back at present. Lysander looking angry and pensive)

Panel 2
Lysander: (fighting back tears) What, erm… what did his uniform look like? Do you remember?

Panel 3
Uba: He had armour with sort of… squares on it. I don’t remember what colour it was because the sun was going down, and there was fire…

Panel 4
Uba: But he had a helmet with a red thing that goes like this.
Lysander: A centurion’s helm. I… think I might know who he was.

Panel 7
Uba: I don’t care! I will kill him anyway! And the tribunus and the praefectorus and all the others!

Panel 8
Lysander: Well, you don’t have to worry about the centurion, anyway. He’s… … dead.