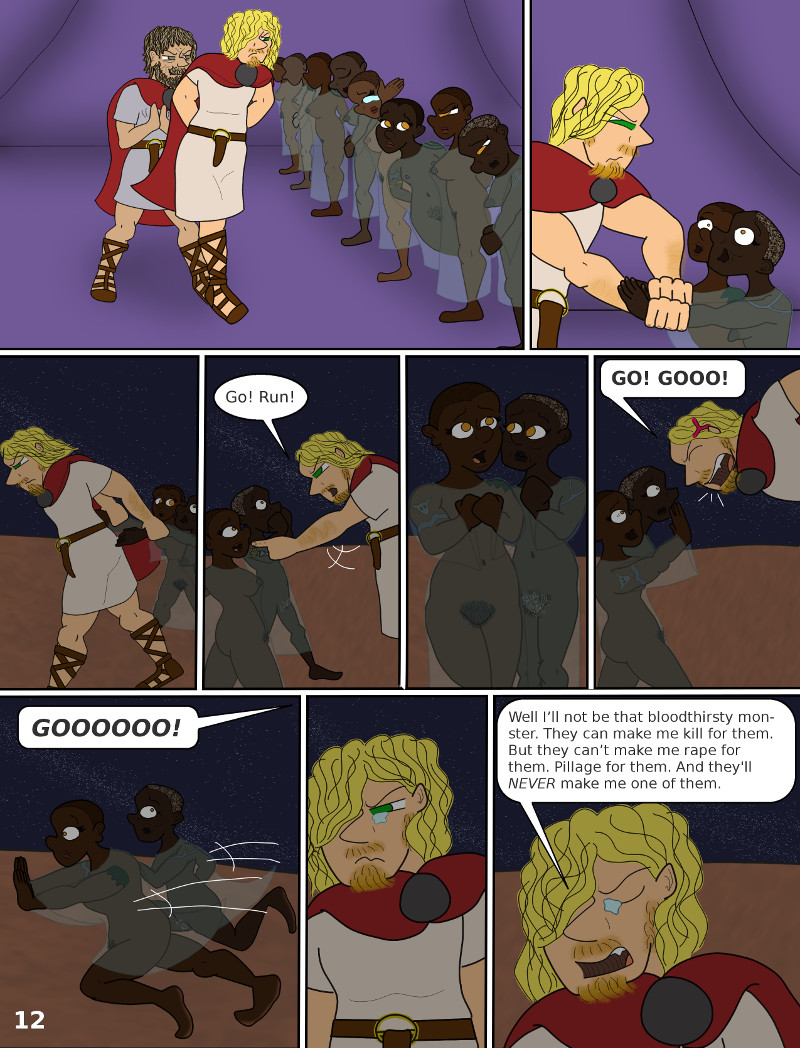 Just four days after arriving back home to the capitol city, that legate was found face down in a private tub at one the most exclusive bathhouses in the empire with lungs full of bathwater and a bruise on the back of his head that looked like it was made by a large bare foot, no mean task. A very large bare foot. And although he would never give a reason why, Lysander refused to ever step foot in that bathhouse again.

Page 12 panel 1
(⅔ panel across top. Kasi women lined up in gossamer dresses, Uba among them. Legate and Lysander survey)

Panel 2
(Lysander grabs two at random by their arms, neither of them Uba)

Panel 3
(half panel. Drags them out into the desert, beyond the camp. They are terrified)

Panel 5
(they are too terrified to run)

Panel 6
Lysander: (bellowing as loudly as he can) GO! GOOO!

Panel 8
(half panel. He watches them run, tears in his eyes)

Panel 9
Lysander: Well I’ll not be that bloodthirsty monster. They can make me kill for them. But they can’t make me rape for them. Pillage for them. And they’ll NEVER make me one of them.