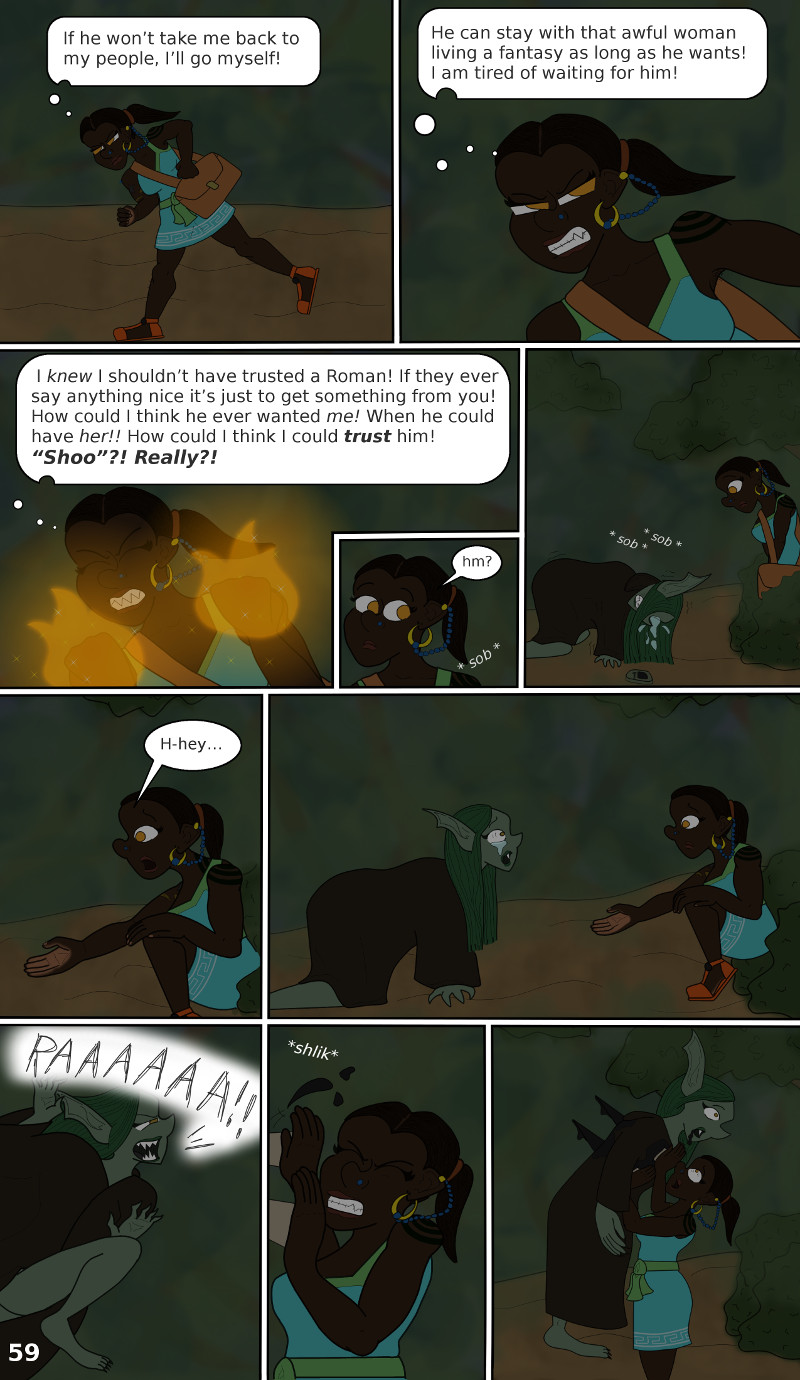 Ku’la isn’t normally a fighter, but she was frightened and defenseless and Uba is seen as an enemy, just like the rest of the party. And a wild card at that. No one really knows yet who she is and what she can do. And when Goblins are backed into a corner with no other option, they can become the beasts other people believe them to be. Which turned out to be very unfortunate.

Page 59 panel 1
(Uba with haversack from dead elf they found in the woods, walking through jungle. angry)
Uba: (thinking) If he won’t take me back to my people, I’ll go myself!

Panel 2
Uba: (thinking) He can stay with that awful woman living a fantasy as long as he wants! I am tired of waiting for him!

Panel 3
Uba: (thinking) I knew I shouldn’t have trusted a Roman! If they ever say anything nice it’s just to get something from you! How could I think he ever wanted me! When he could have her! How could I think I could trust him! “Shoo”?! Really?!
(sobbing is heard off camera)

Panel 4
( looking down at Ku’la, still sobbing on the ground)

Panel 6
(Ku’la looks up at her, frightened. Uba looks down at Ku’la, concerned)