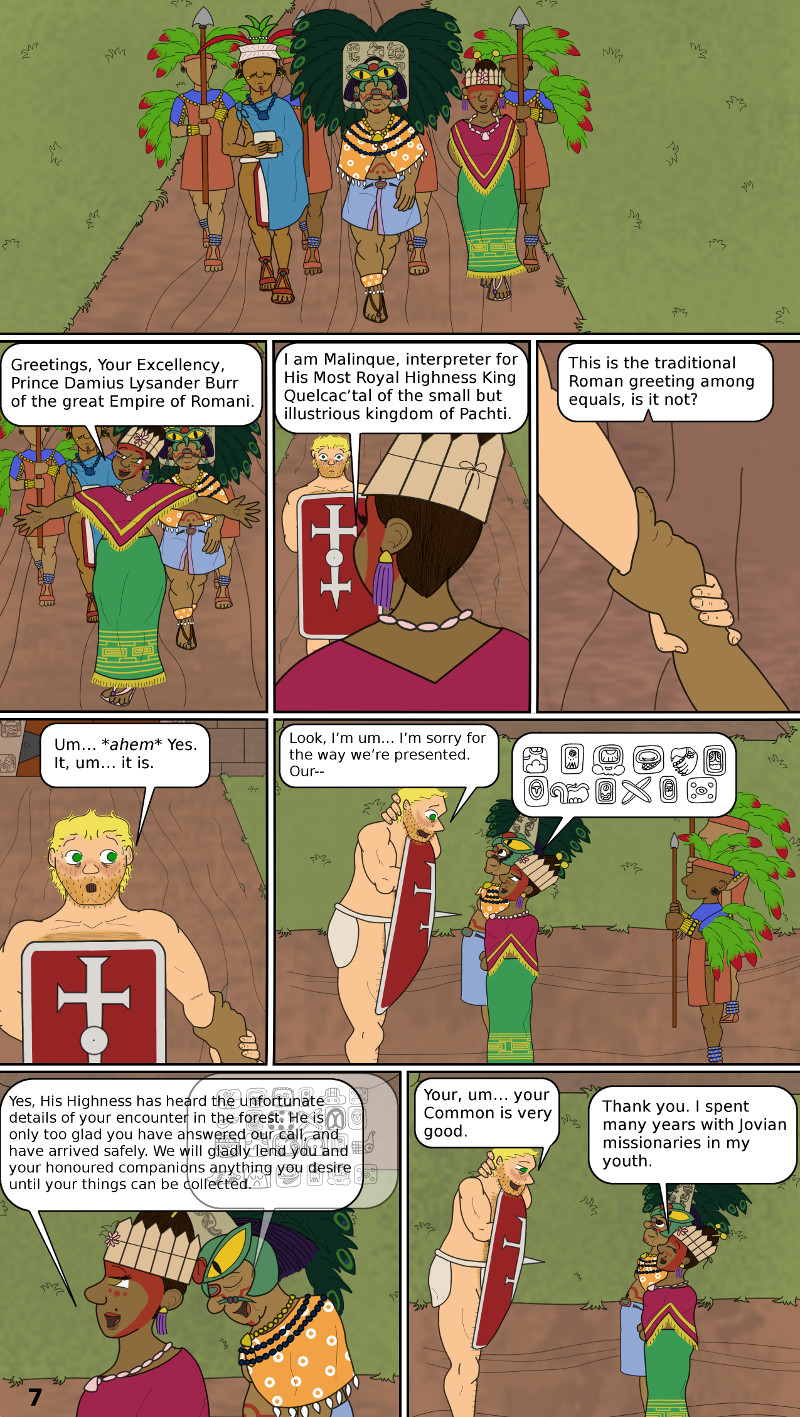 Pachti is one of several key city-states in the former Cohatlani empire to agree to elect Romani-controlled puppet-kings, like Quelcac’tal, in exchange for peace. And since the ghoul problem started, many formerly self-governed states have either joined this pact, or merged with other controlled states. Some of the goblin and Kodar clans have also joined these puppet states in exchange for safety. Somehow, the Roman puppet states are not as badly effected by the ravenous ghoul problem as the ones who fought against Roman rule. Go figure.

panel 3
(Lysander covers self with tower shield, blushes)
Malinque: I am Malinque, interpreter for His Most Royal Highness King Quelcac’tal of the small but illustrious kingdom of Pachti.

panel 4
(King grabs Lysander’s arm in greeting)
Malinque: This is the traditional Roman greeting among equals, is it not?

panel 7
(King speaks)
Malinque: Yes, His Highness has heard the unfortunate details of your encounter in the forest. He is only too glad you have answered our call, and have arrived safely. We will gladly lend you and your honoured companions anything you desire until your things can be collected.

panel 8
Lysander: Your, um… your Common is very good.

panel 9
Malinque: (laughs) Thank you. I spent many years with Jovian missionaries in my youth.