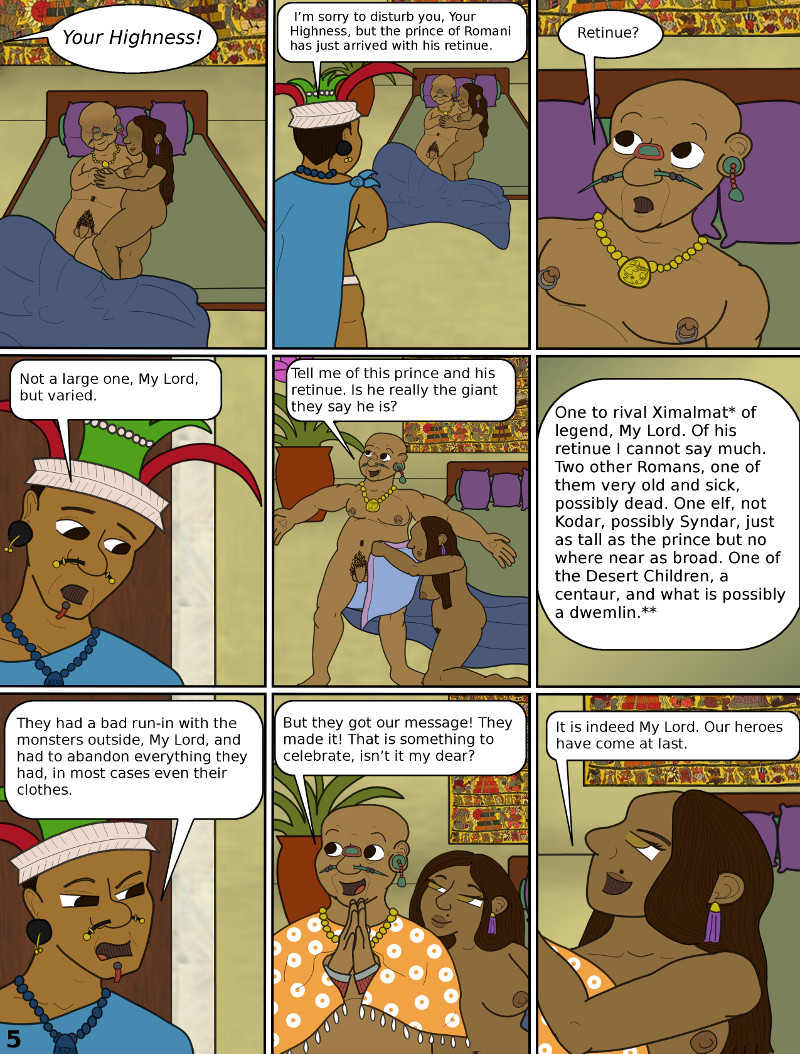 *A giant demi-god who slew monsters, defeated armies, and generally went around being a legend. Similar to Earth’s Hercules.

**Dwarf/Goblin mix. No one has ever seen or heard of a Halfling here.

panel 2
Attendant: I’m sorry to disturb you, Your Highness, but the prince of Romani has just arrived with his retinue.

panel 4
Attendant: Not a large one, My Lord, but varied.

panel 5
(woman helping king to dress)
King: Tell me of this prince and his retinue. Is he really the giant they say he is?

panel 6
Attendant: One to rival Ximalmat* of legend, My Lord. Of his retinue I cannot say much. Two other Romans, one of them very old and sick, possibly dead. One elf, not Kodar, possibly Syndar, just as tall as the prince but no where near as broad. One of the Desert Children, a centaur, and what is possibly a dwemlin.**

panel 7
Attendant: They had a bad run-in with the monsters outside, My Lord, and had to abandon everything they had, in most cases even their clothes.

panel 8
King: (now dressed) But they got our message! They made it! That is something to celebrate, isn’t it my dear?

panel 9
Malinque: (Smiling) It is indeed My Lord. Our heroes have come at last.