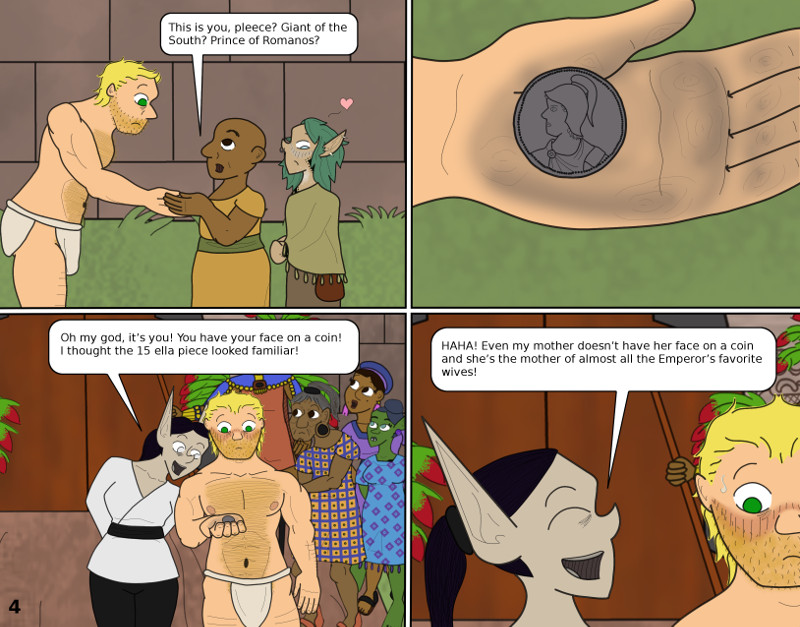 Ioliel Alcarinqai Vanya Rinlo Hol’fenrae cal-Vanya, matron of House Vanya and leader of Lolan clan, has ambitions. She hopes that someday House Vanya, not House Shalhal, will rule Amoth. All Vanya sons either become spies and assassins for the Emperor, upper-caste officers in his military, or some other high-ranking post in his confidence. The Vanya daughter’s become either his wives, or wives to other prominent but easily controlled officials. Beatrix (née Baeatri’sha Halethra Rinlo Caelebra cal-Vanya) is the only exception.

In Romani, it’s normal for the Duke and his children to adorn the empire’s money. Aside from himself, Lysander’s father, grandfather, late brother, and sister all have their faces on coins. If Quintus’ information is correct and the Duke is waiting for his daughter to have a son, all of the fifteen ella pieces in the empire will be rounded up and destroyed and new ones minted with Caius Sextus’ face on them. And if he’s very, very lucky, Lysander will be disinherited and allowed to live in exile outside the kingdom’s borders for the rest of his natural life. If he’s very, very lucky.

Page 4 panel 1
Chipahua: (shows him coin) This is you, pleece? Giant of the South? Prince of Romanos?

panel 3
(Lysander looks hella embarrassed)
Bea: (over Lysander’s shoulder) Oh my god, it’s you! You have your face on a coin! I thought the 15 ella piece looked familiar!

panel 4
Bea: HAHA! Even my mother doesn’t have her face on a coin and she’s the mother of almost all the Emperor’s favorite wives!