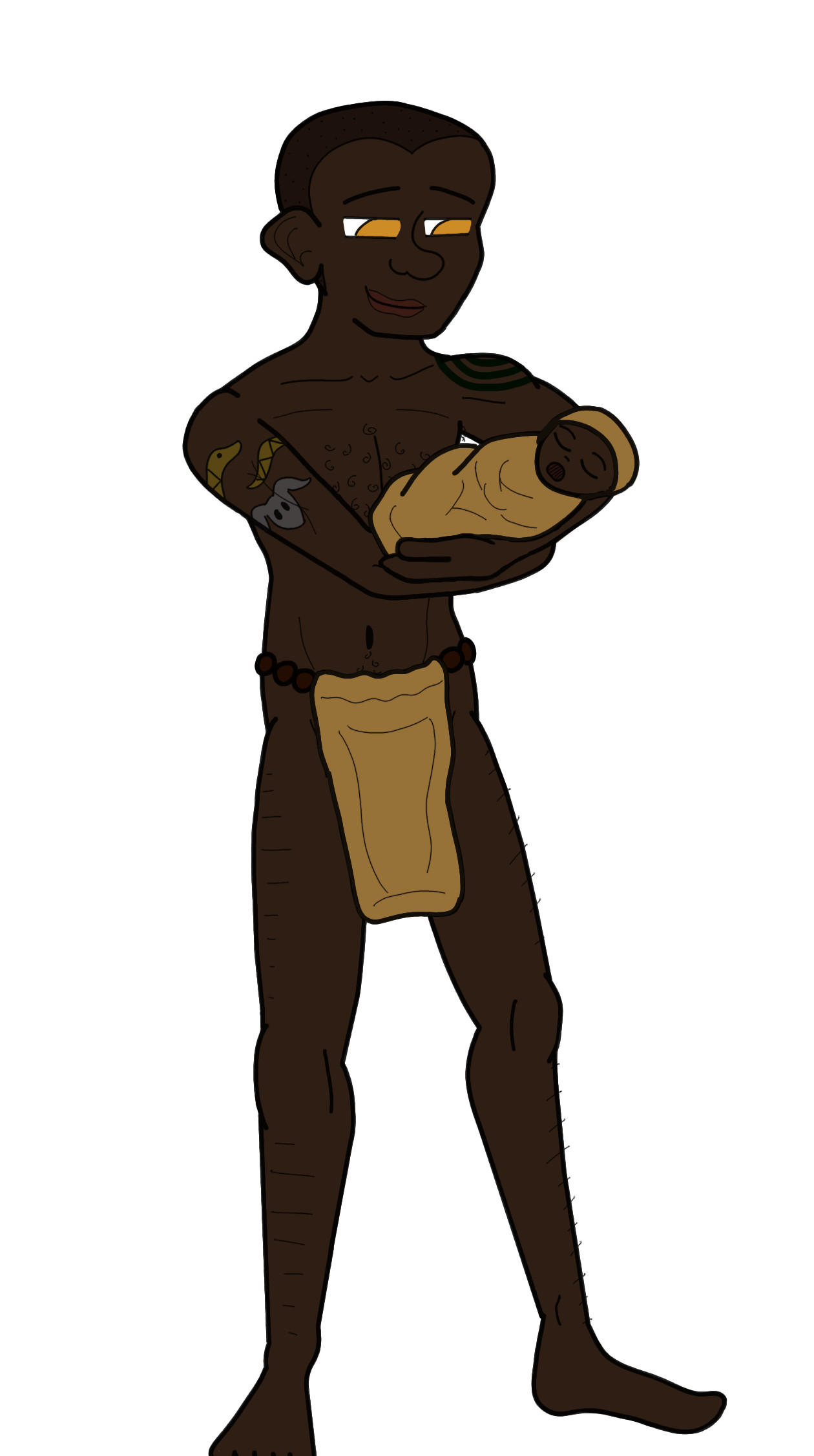 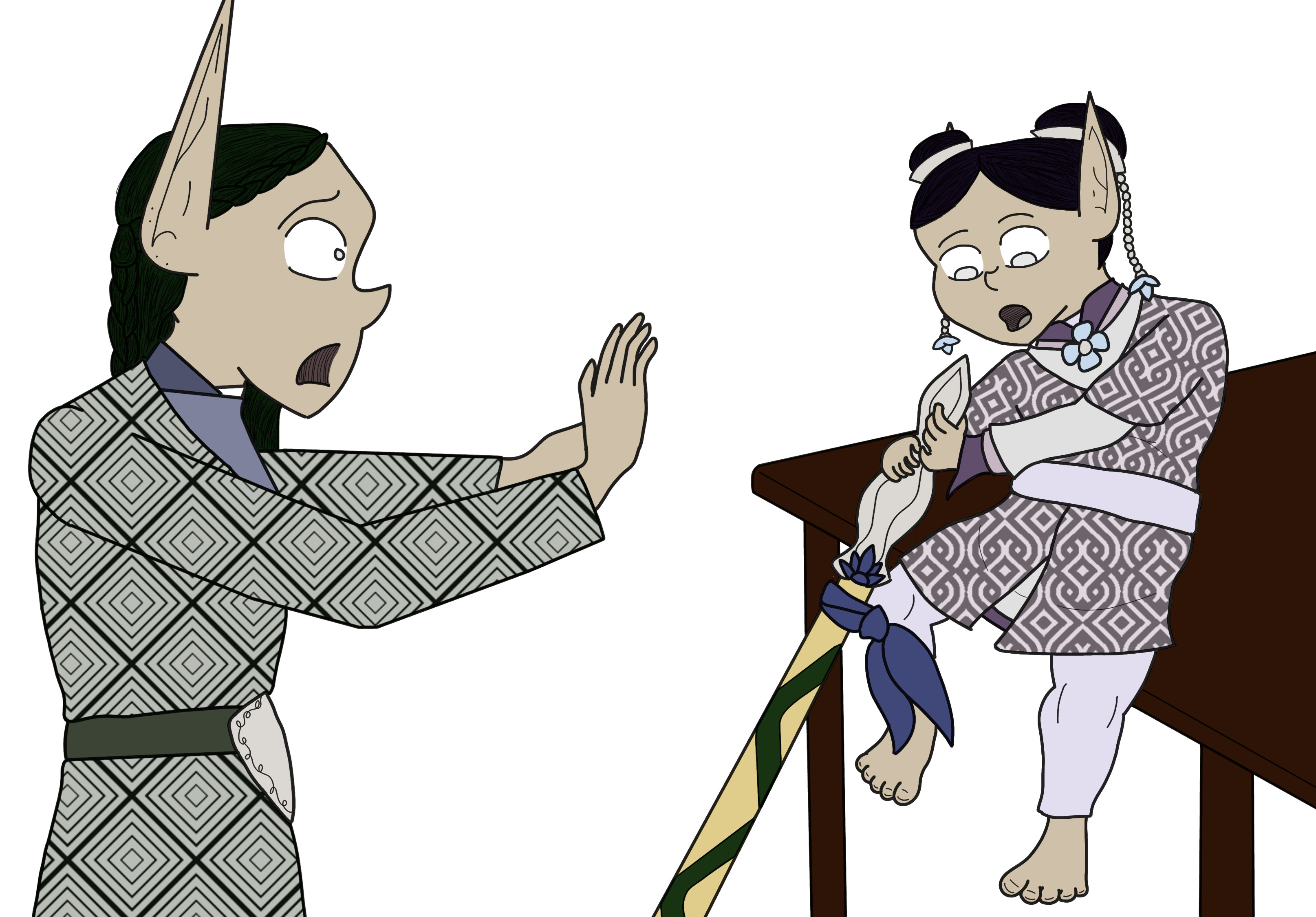 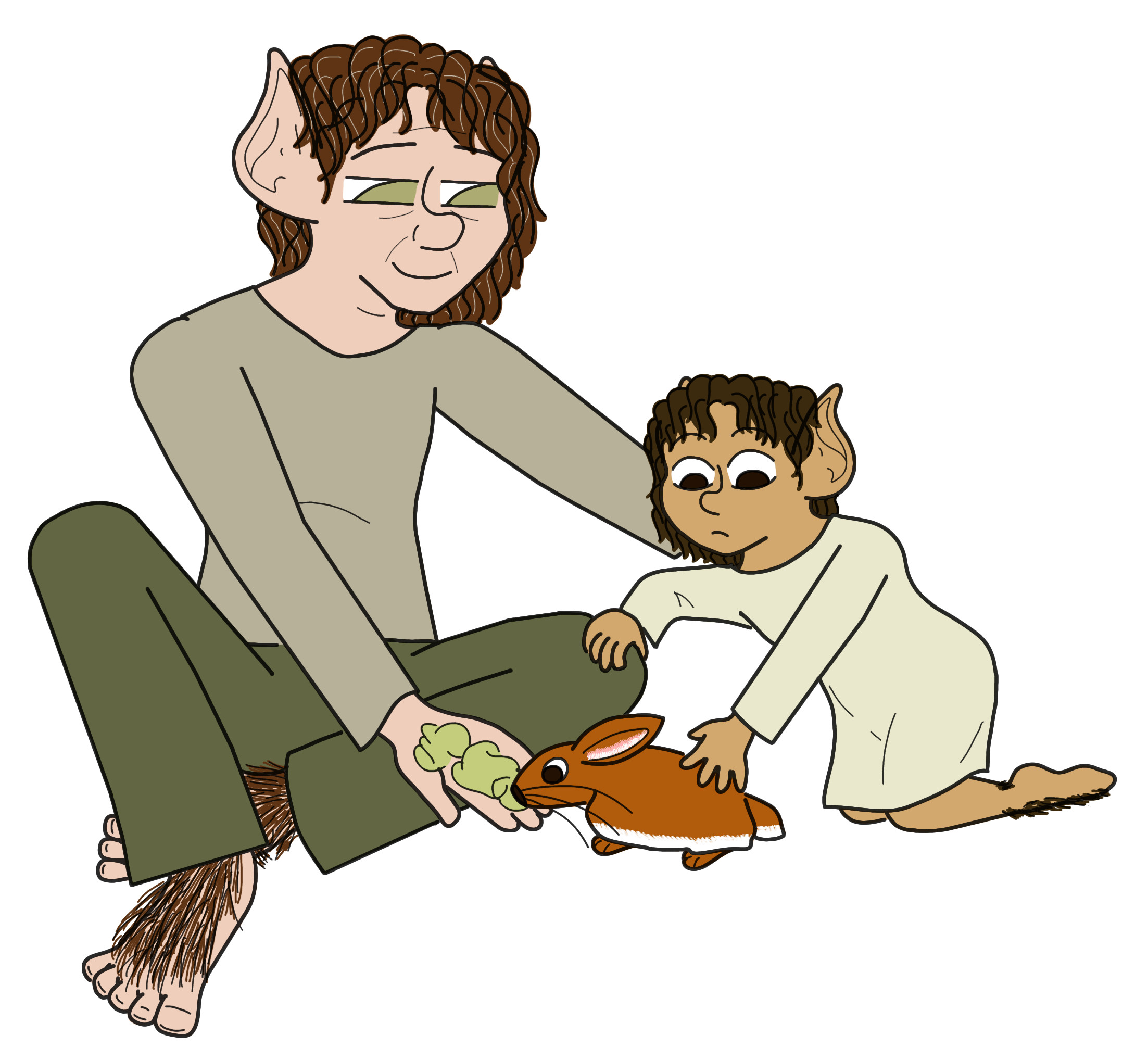 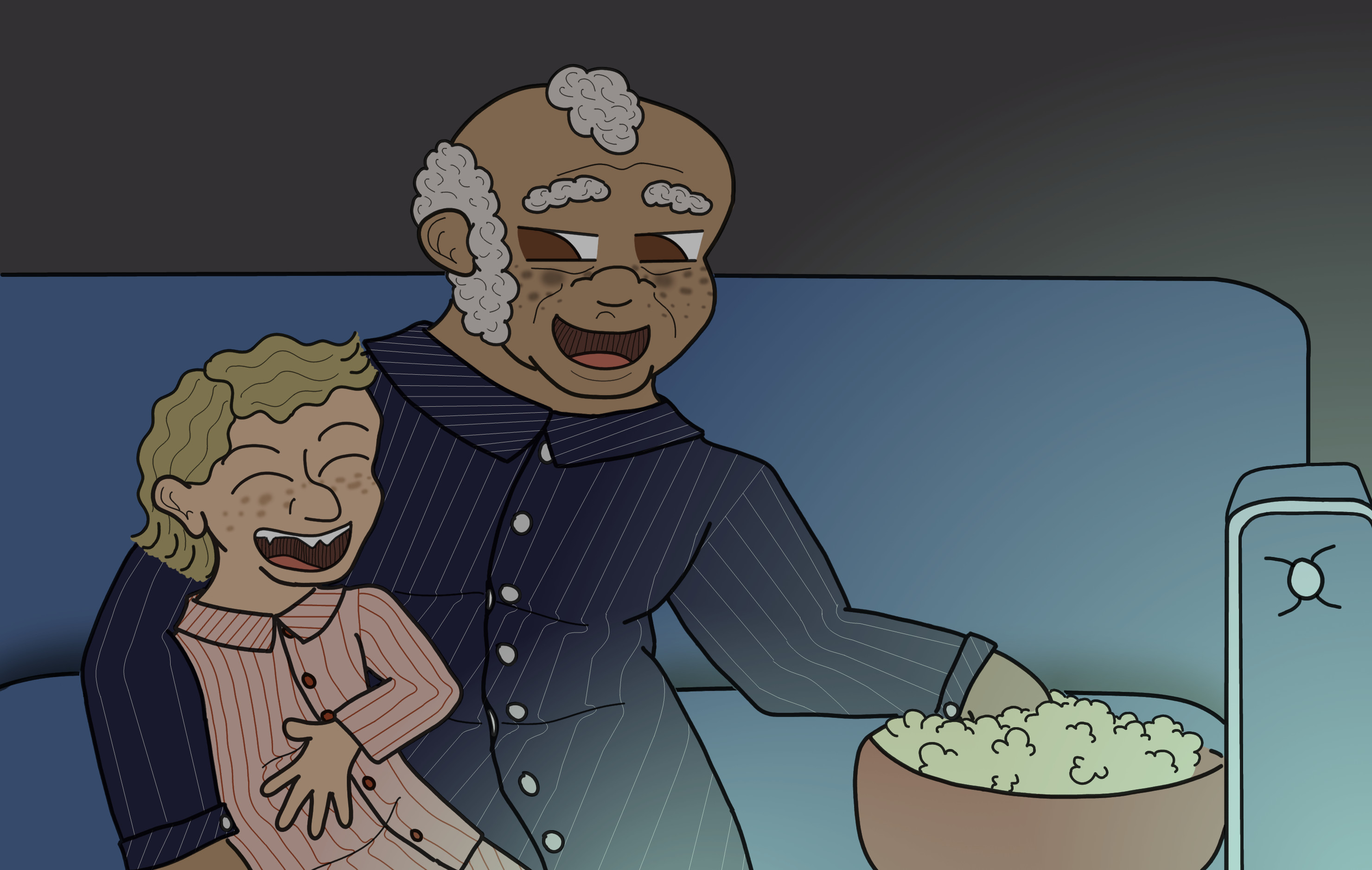 It’s Fathers’ Day today in the US. So just like on Mothers’ Day, I’m showcasing all the dads (the ones who were there/not horrible people).

First up is Ufta (Cunning Snake), Aga-i’ten of Three Moons clan, with tiny baby Uba in his arms. According to Kasi tradition, all shaman will be given boys, or at least one of the male-leaning genders, as their first born, and they will possess shamanic powers like their father. But not this guy.

It’d be a lie to say that he accepted his role as the father and teacher of Kasidom’s first female shaman without reluctance. For twelve years he flip-flopped back and forth between teaching her some things and refusing to teach her further.When tradition is the basis of your culture, it’s hard to do something nontraditional. So when he discovered that their Zev trading-partners often had shaman women leading their clans, he thought he’d found a way for his beloved daughter to fulfill her dreams AND not anger the other Kasi tribes. Too bad that didn’t work out.

Ganza Haldamir Rinlo was an officer and spearman in the Imperial Army stationed on the Lolan-Oromet border during the Oromet Conflict. Born into a middle-class family in the Kokiri marshes in the north, he rose in rank over night to junior head of the second most powerful family in Amoth when he married the oldest daughter of Rin Celebros Vanya after saving his life. As much as he hated the cold dry winds that ripped through Lolan Gorge and missed the heavy heat of the north, he loved his wife and children more. Especially his daughter, Beatris’ha Halethra. Much to his wife’s chagrin, he encouraged her tomboy behavior, teaching her to fight, use a spear and sword, and go adventuring. He also encouraged her sharp tongue and head-strong attitude. Gender roles were not as strict in Kokiri.

Fergus Padfoot had a lot of problems. A grandfather who angered a witch who then cursed the family farm, a father dying and leaving an enormous amount of gambling debt, a mother who died later that same year from alcoholism, tuberculosis and early-onset arthritis leaving him weak and unable to do the physical labor needed to keep the farm running and risked losing it… all this lead to the Padfoot family being very unpopular around the village, and marriage prospects for all of the children slim. Nobody wanted to marry a sick cripple on a cursed farm. But despite all of this, he remained one of the most hopeful, optimistic people ever to live. No matter how bad things got, he always believed they would get better. No matter how bad people acted, he believed that they were still good inside, and that love and compassion could bring it out.

When he was 35 and still hadn’t married and things were particularly bad and the landlord was threatening to seize the land and burrow and kick him off of it, his sister made an arrangement with them. She sent away to Tamlin, Grora, and Romani for a wife for her brother. She advertised a handsome, healthy young man and a large, prosperous farm. The first people to respond were a Tamlinese family who had a wayward daughter they wanted to send far away. A sixteen year old girl arrived one night in the middle of a rainstorm, with no escort and only a few belongings. And that was that. He loved her and their son above everything else in the world for as long as he lived.

Martin Gillespie was a very reluctant father. His wife split to Europa Spacedock Prime, leaving him with a son he had no idea how, nor any desire to raise. He wasn’t a bad father, per se. He just stayed at work a lot and didn’t know what to say to Alexey when he was home. And as his son got older, he found they had less and less in common. Between being bisexual, being an aspiring wizard, and being outgoing and never really taking anything very seriously, Martin felt his son slipping further and further away from anything he could understand. The fighting got worse, and it got to the point where Martin avoided coming home to spare his son unhappiness. He was happier and happier to leave the raising of his son to his wife’s parents.

George and Elise Meyers really raised Alexey. From Elise, he learned a love of reading and learning, a love for stories and a thirst for information. From George, he learned how to laugh, how to love himself, a stock of dirty, age-inappropriate jokes, and a wealth of bad monster-movie trivia. Whenever Alexey was feeling sad, George would sneak him down stairs and they’d eat junk food and watch monster movies all night.