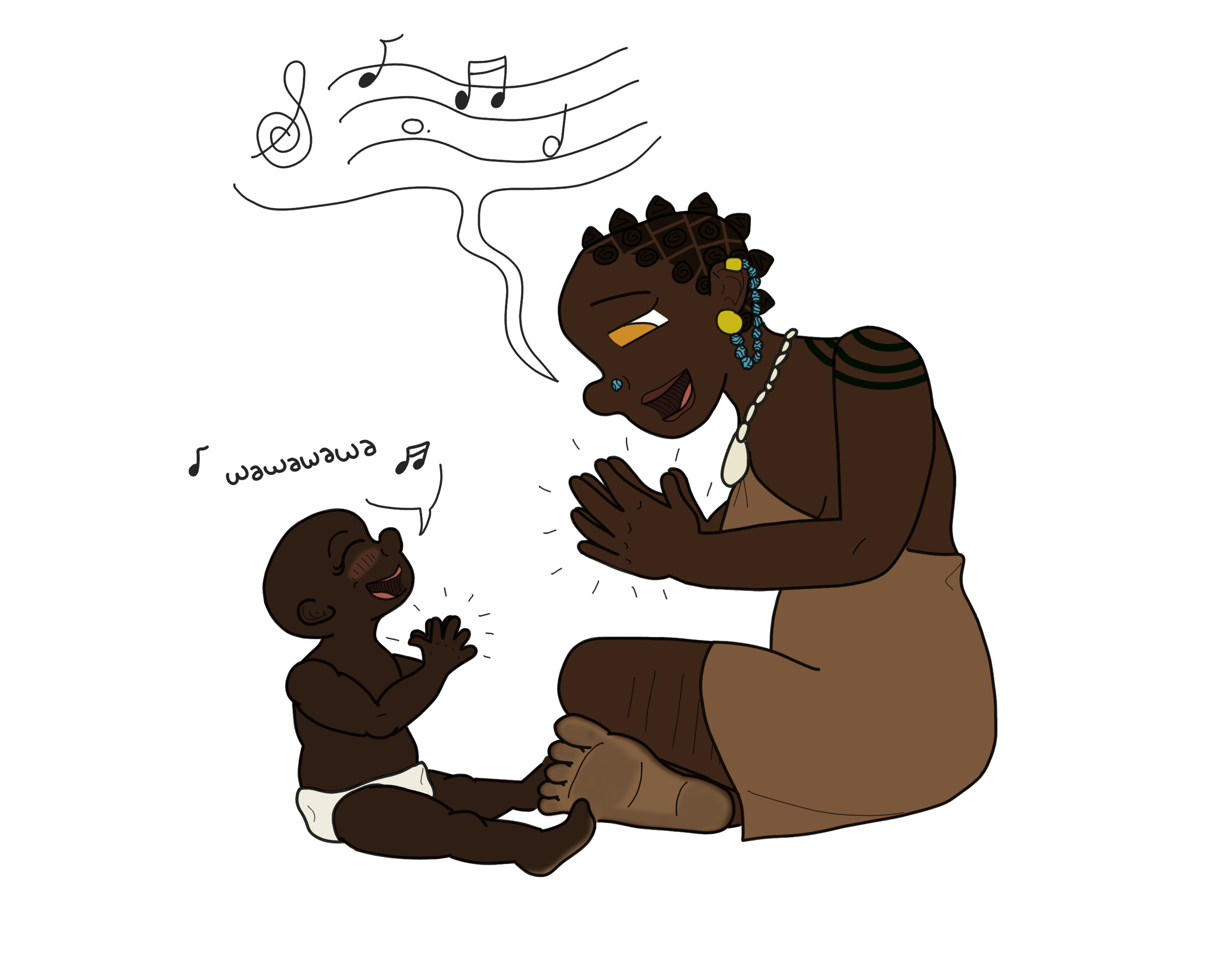 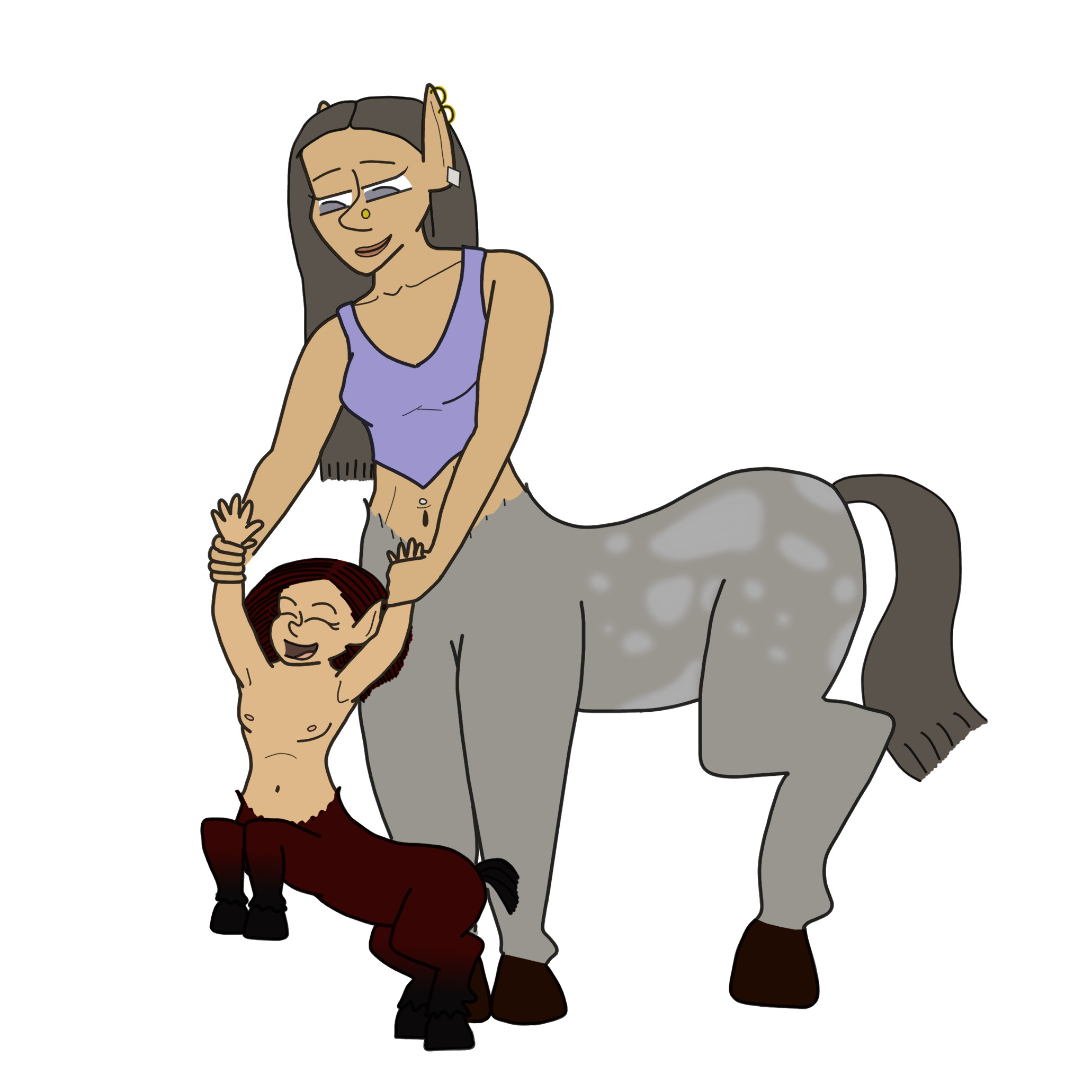 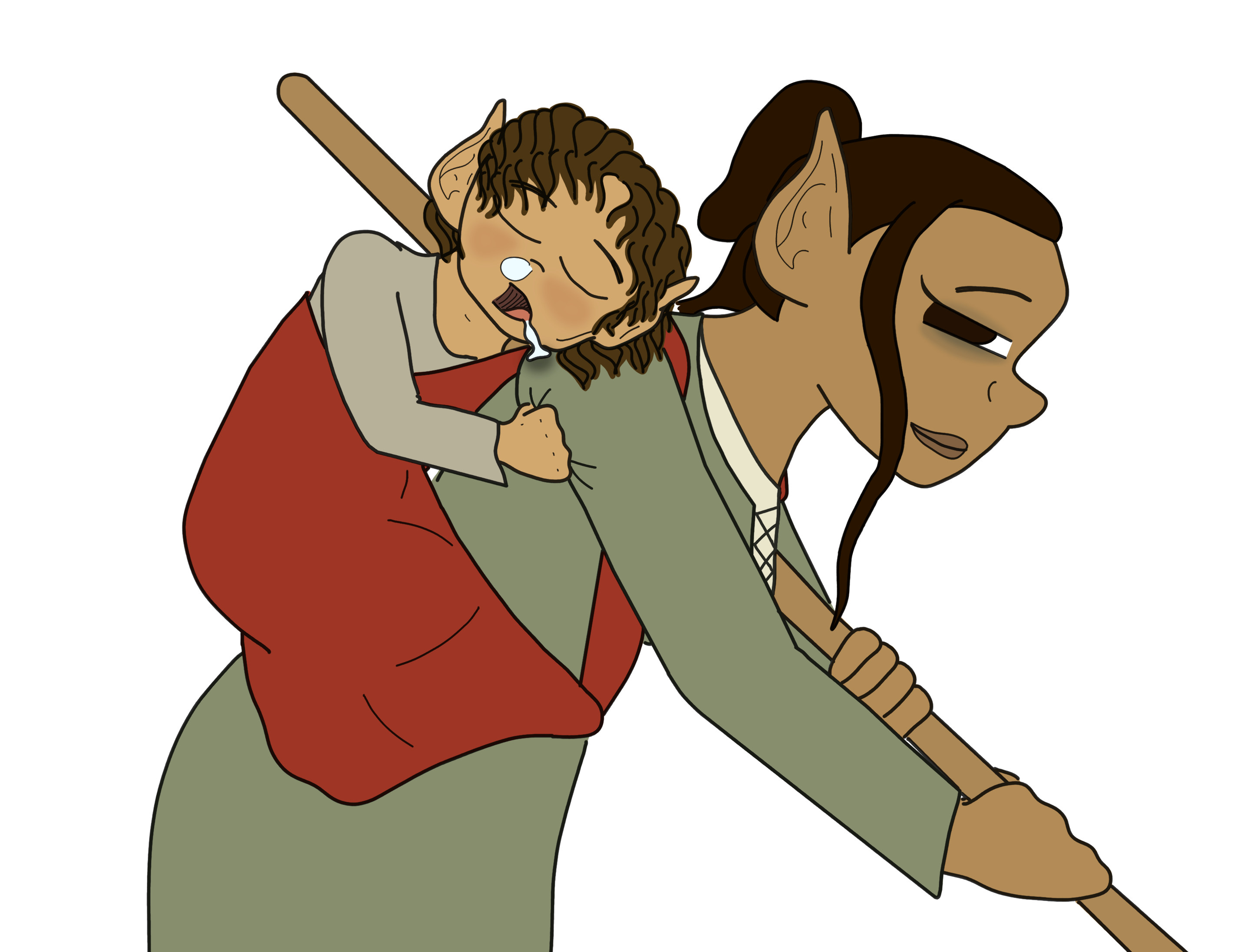 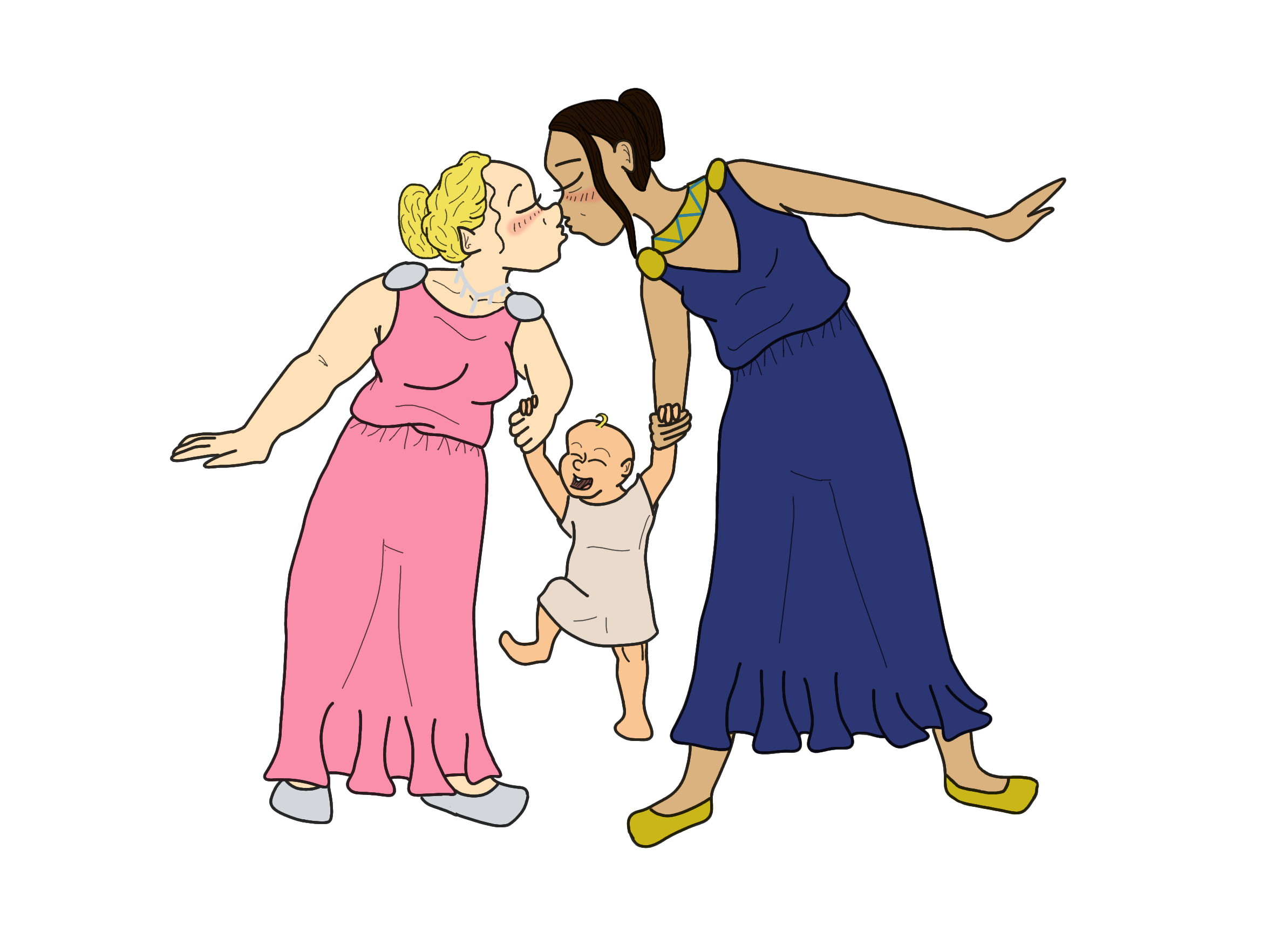 It’s Mothers’ Day in the US!So have some drawings of a few of the characters as babies with their mommas. Because they’re adorable. (The ones whose moms were around/not horrible people, that is.)

First is Uba with her mother Anga, who was renowned for her generosity, her graceful manner, and her beautiful singing voice. Uba would like to say she takes after her mother, but she knows that would be an out-right lie.

Next is Niki and her mother Rowena.
Rowena never wanted to get married when she was a little girl. That never changed once she grew up. She never even liked sex all that much. It was messy and uncomfortable. But she did want a child. So when a handsome young brigand passed through the village and showed an interest in her she decided, “why not, at least I’ll get a baby out of it.” And then Niki was born! She is her pride and joy, her special little girl. And if you think Rowena is weak because she’s nice, or thin, or because she’s a dancer, and your hurt or insult her little princess, she will dance with your empty skull.

Then there’s Sancho and his mother Olivia.
Olivia Ortega is, indeed, the granddaughter of halfling hero Sancho Ortega, as much as our Sancho tries to deny it. And if fortune had been kinder to her, she would have been just as much a hero as her grandfather.

From a young age she decided that she wanted to be an adventurer. As young as five, she would roam the small village of Largo where she lived on a tenant farm in search of evil-doers who needed putting down. She apprehended thieves, retrieved stolen property, subdued bandits… she even saved the Roman lord and his family in charge of her farm from an assassination attempt when she was twelve. But when she was found carrying on a romantic relationship with their son some years later, she was sent off to a far away land to marry a man almost twenty years older than she was. She ended her life a farmer’s wife. She wasn’t unhappy, she loved her husband and son very much, but she also felt she hadn’t lived up to her potential.

Finally there’s Lysander with his moms.
In the past, when the King of Romani would take more than one wife, the wives would fight over whose son became heir, usually fatally. In this case, however, they fell in love with each other.

Lavinia and Camella, one half-Dwarfen and one half-Cohatlani, took equal roles in raising Lysander until he was old enough to be sent away. Lavinia sent him to live with her father’s people to keep him away from the sheer fucked-uppedness that was the Roman Court, hoping he would turn out to be decent person someday.