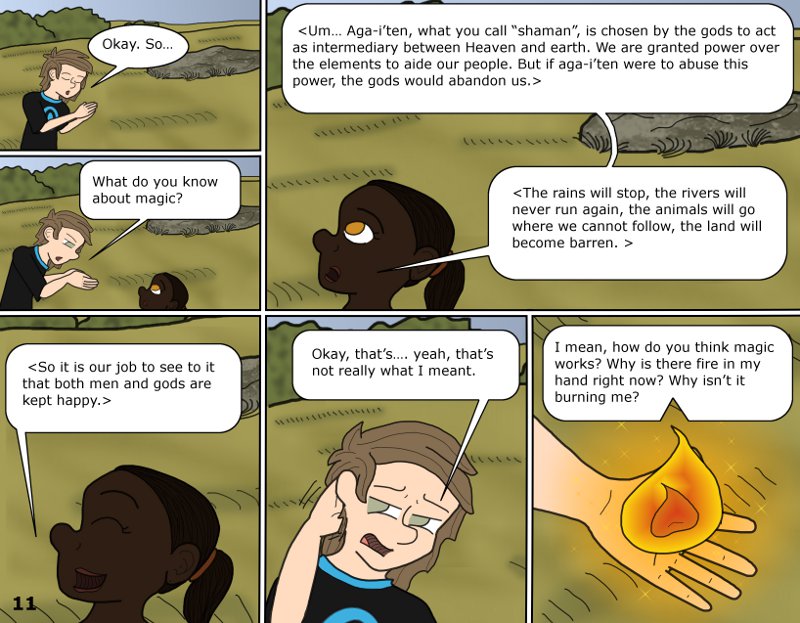 He’s speaking to her in Common/Galactic Standard with his universal translator spell active, even though he knows she can understand Common, but he doesn’t want her to know he knows she understands Common.

She’s using the Kasi-Zev trading language because that’s what she grew up using when you were talking to people outside the Kasi nation. She may or may not know he knows she speaks Common.

Also, don’t forget I have a Patreon page where you can pledge to keep this comic going, and also get perks!