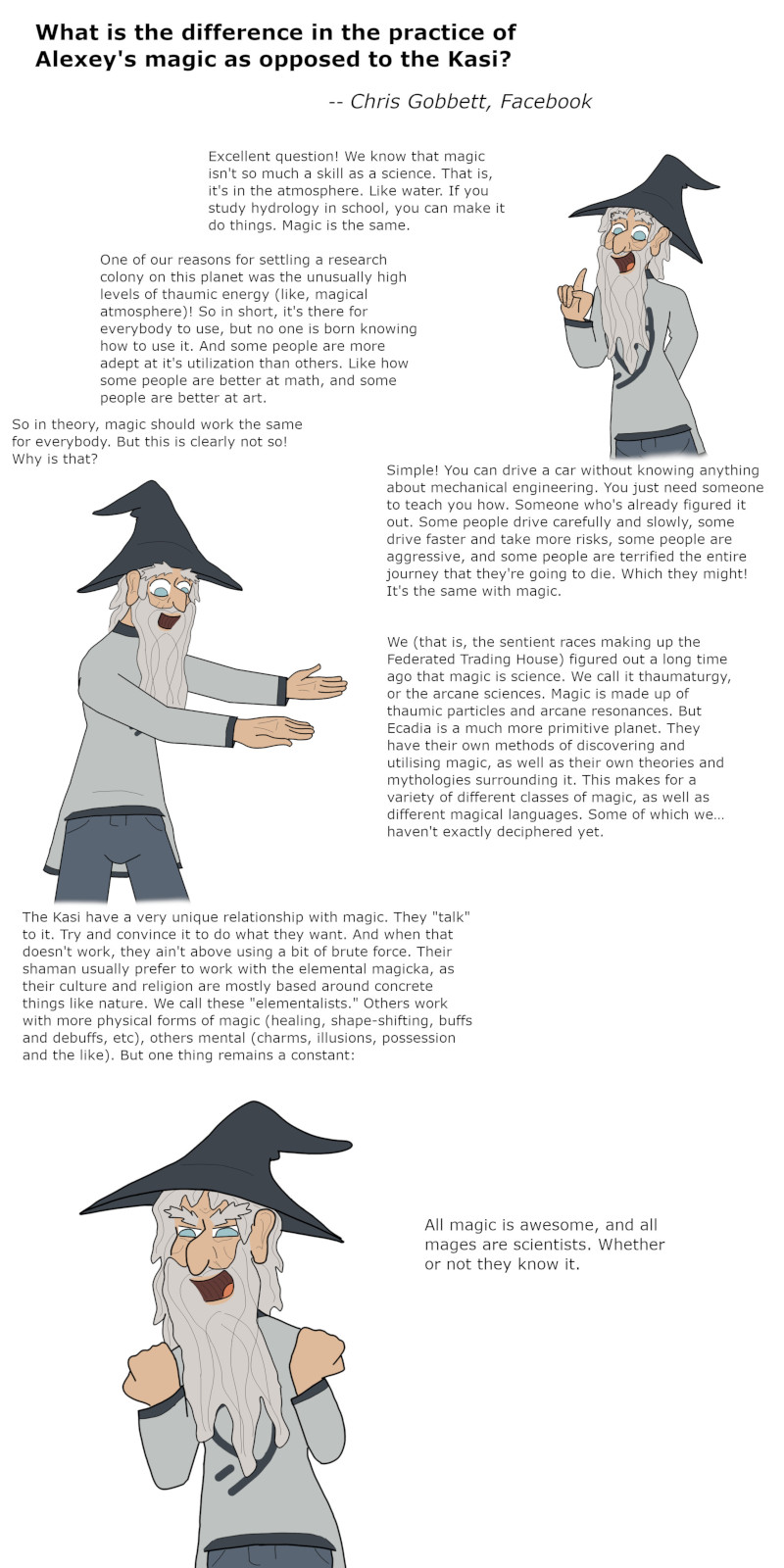 Our first reader question comes from Chris Gobbett over at root beer party. Yes, the same Chris Gobbett who contributed some fantastic guest content a few months back. And it is a subject Alexey is reeeaaaally excited about.

What is the difference in the practice of Alexey’s magic as opposed to the Kasi?
— Chris Gobbett, Facebook

(Narrated by alexey) Excellent question! We know that magic isn’t so much a skill as a science. That is, it’s in the atmosphere. Like water. If you study hydrology in school, you can make it do things. Magic is the same.

So in theory, magic should work the same for everybody. But this is clearly not so! Why is that?

Simple! You can drive a car without knowing anything about mechanical engineering. You just need someone to teach you how. Someone who’s already figured it out. Some people drive carefully and slowly, some drive faster and take more risks, some people are aggressive, and some people are terrified the entire journey that they’re going to die. Which they might! It’s the same with magic.

We (that is, the sentient races making up the Federated Trading House) figured out a long time ago that magic is science. We call it thaumaturgy. Made up of thaumic particles and arcane resonances. But Ecadia is a much more primitive planet. They have their own methods of discovering and utilising magic, as well as their own theories and mythologies surrounding it. This makes for a variety of different classes of magic, as well as different magical languages. Some of which we… haven’t exactly deciphered yet.

The Kasi have a very unique relationship with magic. They “talk” to it. Try and convince it to do what they want. And when that doesn’t work, they ain’t above using a bit of brute force. Their shaman usually prefer to work with the elemental magicka, as their culture and religion are mostly based around concrete things like nature. We call these “elementalists.” Others work with more physical forms of magic (healing, shape-shifting, buffs and debuffs, etc), others mental (charms, illusions, possession and the like). But one thing remains a constant:

All magic is awesome, and all mages are scientists. Whether or not they know it.