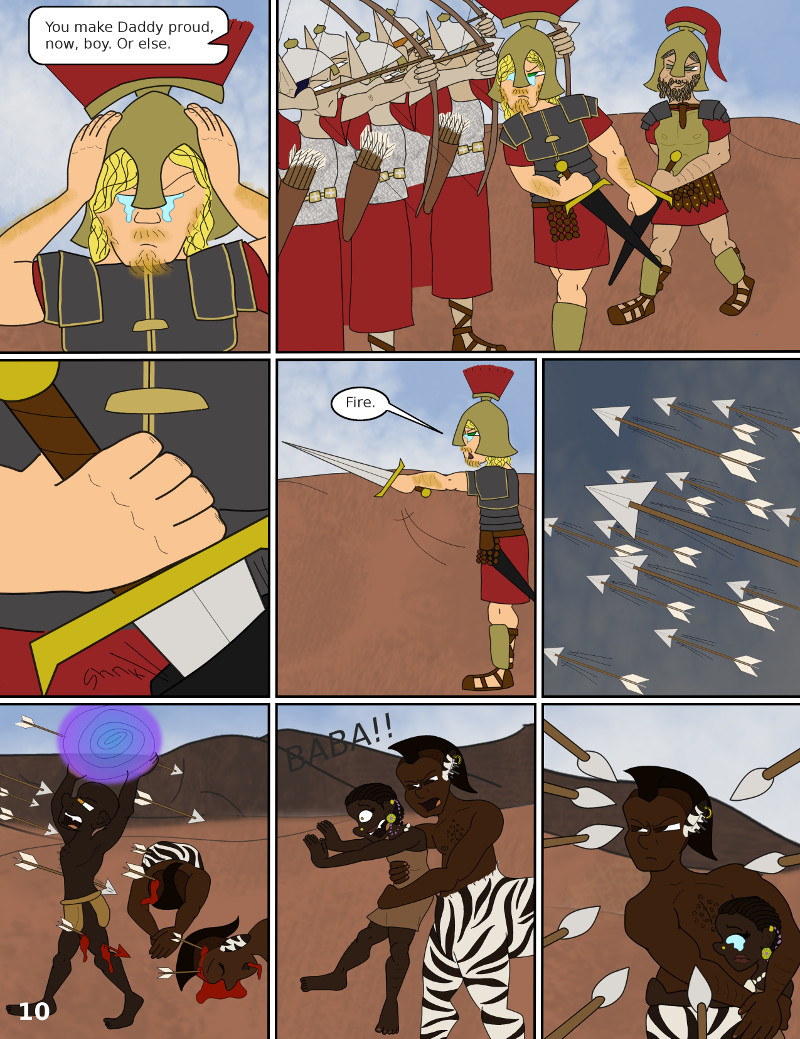 Romani has many auxiliary units made up of slave armies that specialize in different things. Minotaur hoplites who specialize in a tight, sturdy wall of long, heavy spears; Centaur light dragoons who specialize in flanking the enemy; Dwarf and goblin sappers, who use tunnels and explosives to undermine their enemies; and the infamous Syndar archers. The woodelves have been the best archers on the Mainland for hundreds and hundreds of years. And the year Romani conquored the vast wooded provinces of Frania, Belgravia, and Irmanica and drafted wood-elf archers into their military was the year She became an unstoppable, unquenchable force for Glory, God, and Conquest.

Page 10 panel 1
(Lysander puts on his helm)
Legate: (off camera) You make Daddy proud, now, boy. Or else.

Panel 2
(⅔ panel. They march out in front of ranks of Syndar archers)

Panel 6-8
(repeat of panels from chapter 12. Arrows rain down on Rigo et al. Ufta stands to cast, arrow through his leg. Rigo grabs Uba and runs. He is stopped and surrounded by soldiers.)