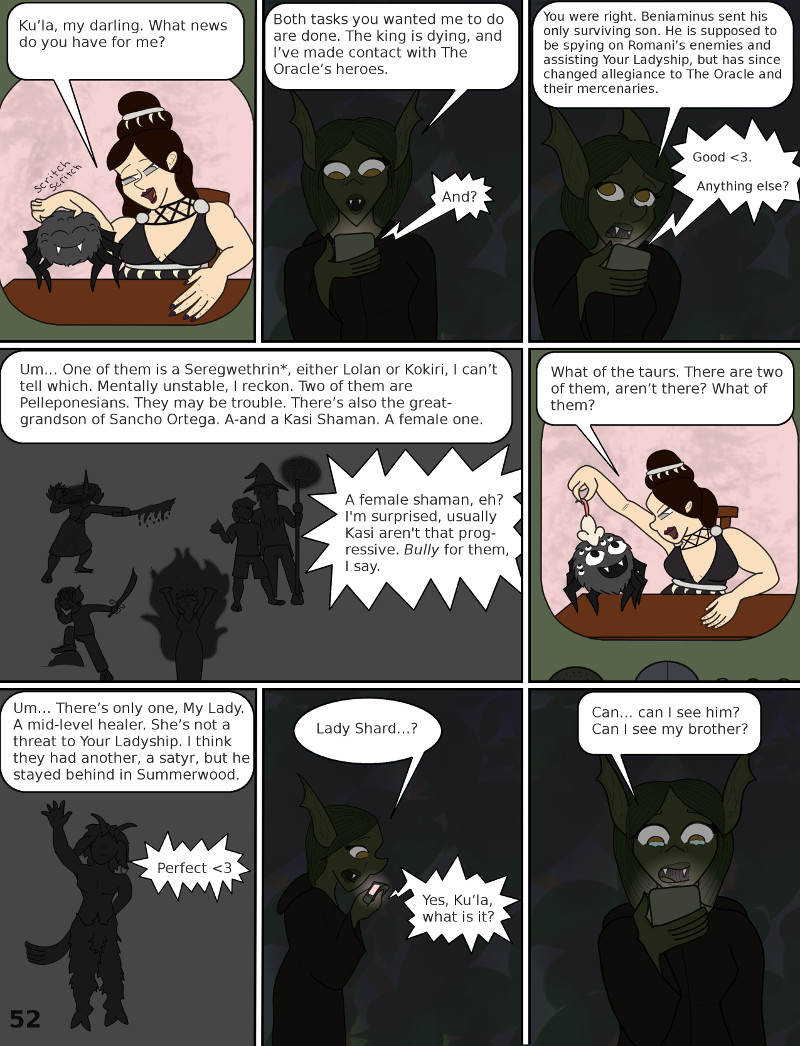 She says having never, ever interacted with a real Kasi beyond turning them into zombies.

Panel 2
Ku’la: Both tasks you wanted me to do are done. The king is dying, and I’ve made contact with The Oracle’s heroes.

Panel 3
Ku’la: You were right. Beniaminus sent his only surviving son. He is supposed to be spying on Romani’s enemies and assisting Your Ladyship, but has since changed allegiance to The Oracle and their mercenaries.

Shard: Good <3. Anything else?

Panel 4
Ku’la: Um… One of them is a Seregwethrin*, either Lolan or Kokiri, I can’t tell which. Mentally unstable, I reckon. Two of them are Pelleponesians. They may be trouble. There’s also the great-grandson of Sancho Ortega. And a Kasi Shaman. A female one.

Panel 5
Shard: What of the taurs. There are two of them, aren’t there? What of them?

Panel 6
Ku’la: Um… There’s only one, My Lady. A mid-level healer. She’s not a threat to Your Ladyship. I think they had another, a satyr, but he stayed behind in Summerwood.