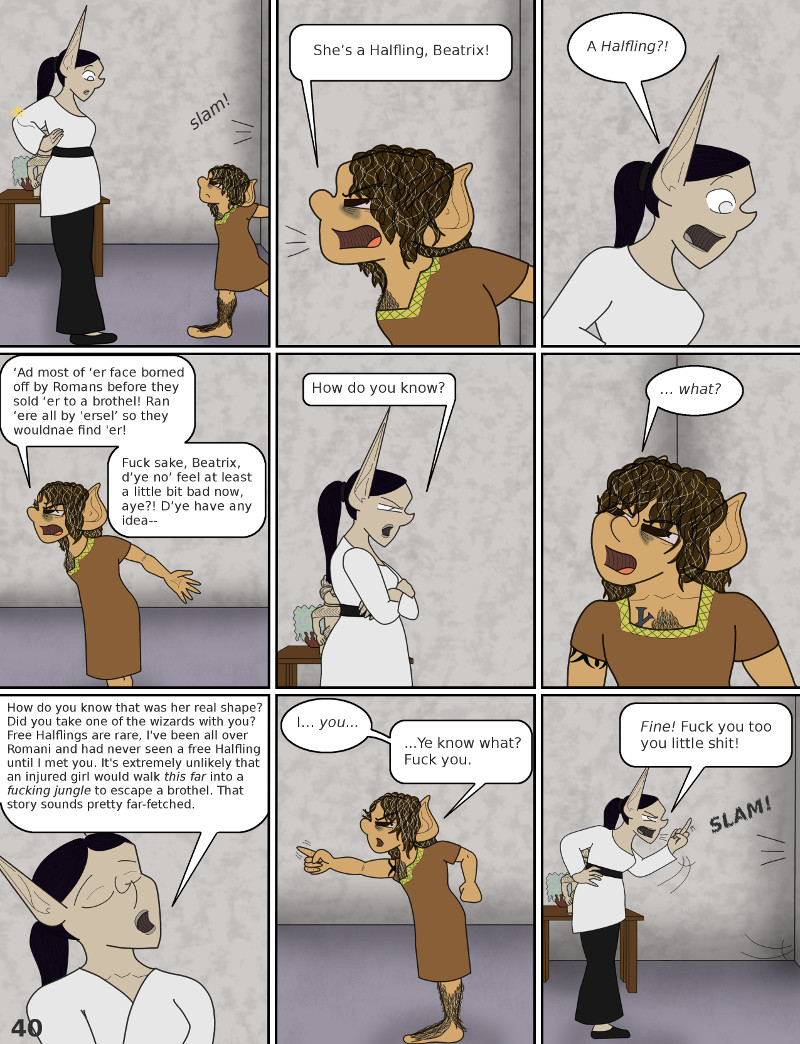 This is actually pretty par for the course in terms of arguments for them. They both have Opinions and aren’t good at compromising and also really like being argumentative. Remember, their entire courtship had been based on how cute the other was when they got angry, and that sentiment hasn’t changed.

Panel 4
Sancho: (Had most of her face burned off by Romans before they sold her to a brothel! Ran all the way here by herself so they wouldn’t find her!)

(Fuck sake, Beatrix, don’t you feel at least a little bit bad now, huh? Do you have any idea–)

Panel 7
Bea: How do you know that was her real shape? Did you take one of the wizards with you? Free Halflings are rare, I’ve been all over Romani and had never seen a free Halfling until I met you. It’s extremely unlikely that an injured girl would walk this far into a fucking jungle to escape a brothel. That story sounds pretty far-fetched.

Panel 8
(Sancho stifling rage. Points an angry finger at her)
Sancho: I… you…

…Ye know what? Fuck you.

Panel 9
(He leaves, slamming door behind him)
Bea: Fine! Fuck you too you little shit!