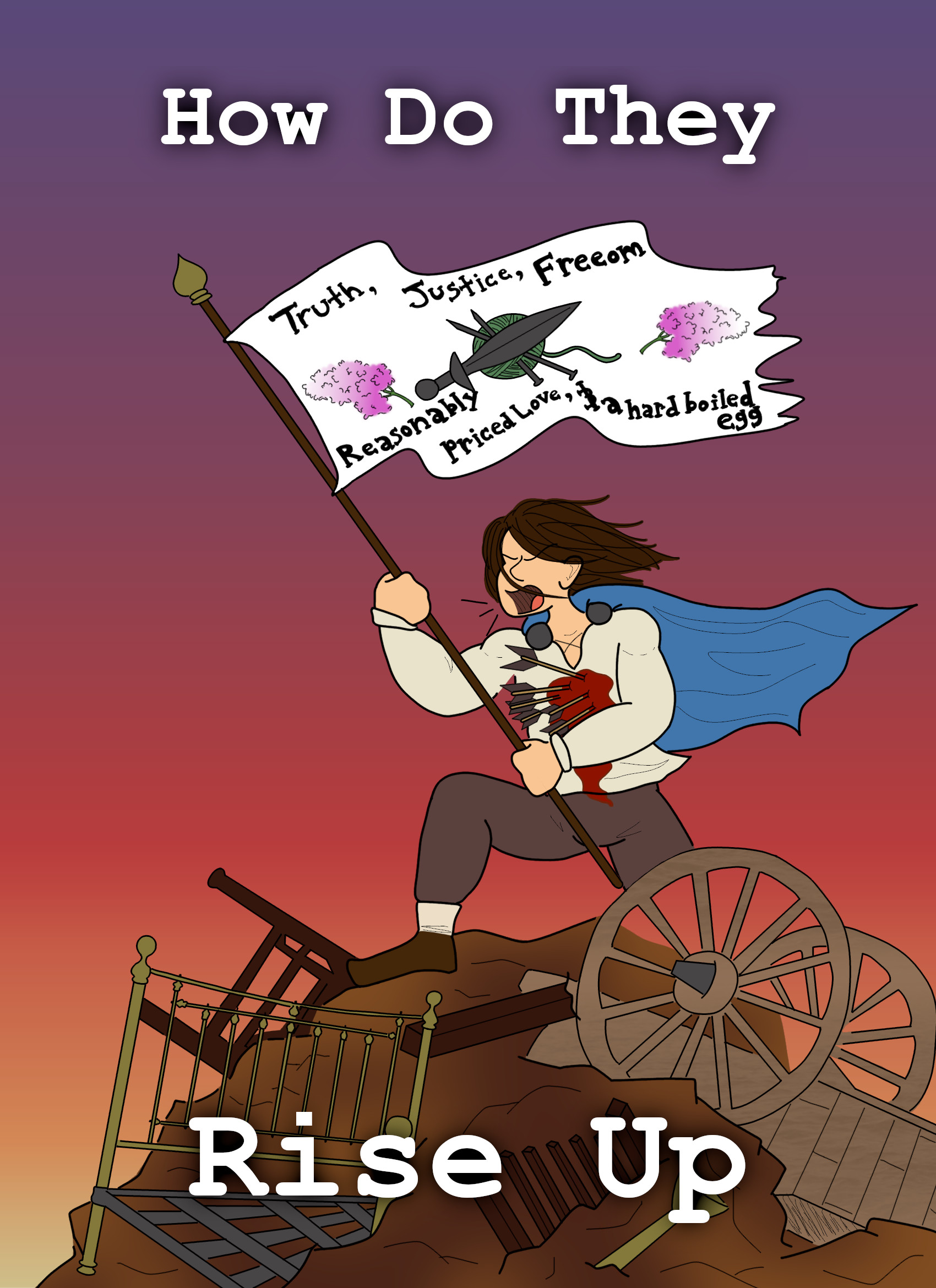 For readers of this comic who are also fans of Sir Terry Pratchett and his Discworld series of novels, it should come as no surprise that I’m probably just a hack of Terry Pratchett. (That being said, I actually did come up with the idea of reformed undead years before I ever picked up a Discworld book, but his Black Ribboners certainly became an inspiration for how their society is set up).

On this day in the Year of the Backward Facing Artichoke, the small community of Treacle Mine Road set up a resistance to revolutionary forces fighting over the city-state of Ankh-Morpork, becoming, for a short time, the Republic of Treacle Mine Road.

This event also happens to fall on the Birthday of another great British satirist, Douglas Adams, of The Hitchhiker’s Guide to the Galaxy fame.

So if we can take any wisdom from these two events, let it be this…

A person is never dead until their name is no longer spoken and the ripples they left in the world have ceased, and always know where your towel is.

4 Responses to The Glorious 25th of May