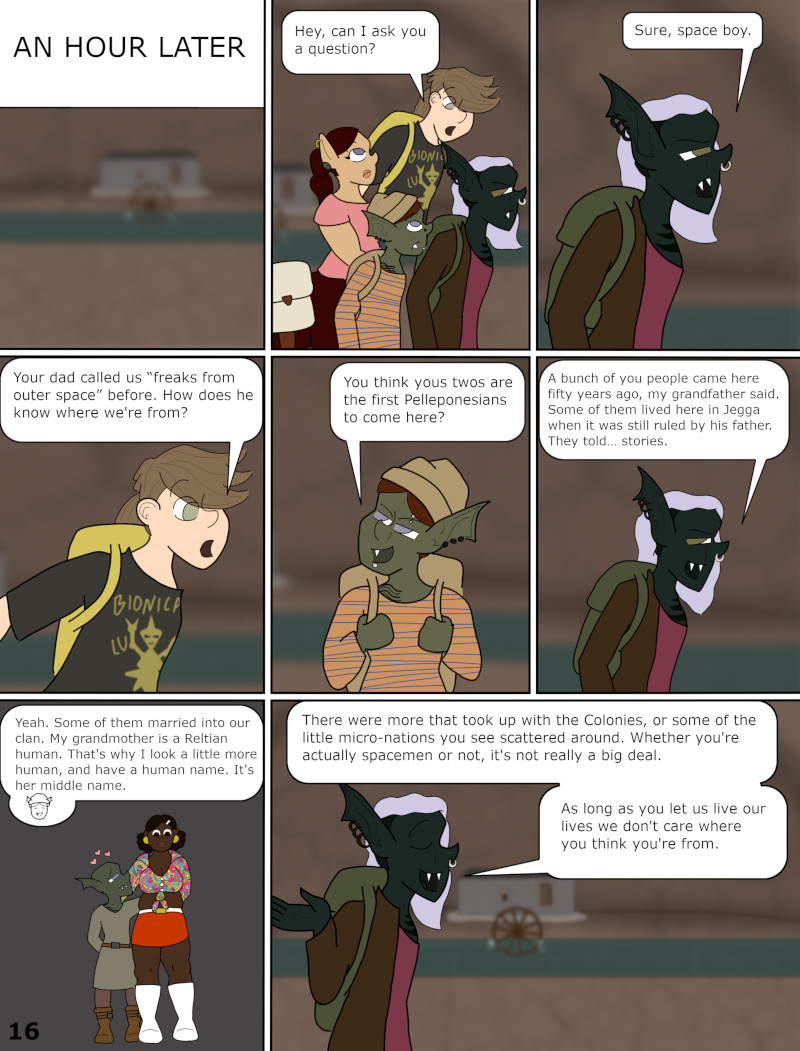 Ruby only has one fang because the other one was broken off in a rousing game of Throw Rocks At Each Other. It was Teo who had thrown the offending rock. They have been in love ever since.

The next scene will involve NSFW content, so we are going on a (hopefully very short) hiatus while I draw the entire thing to post all at once.

Panel 4
Bradley: Your dad called us “freaks from outer space” before. How does he know where we’re from?

Panel 5
Ruby: You think yous twos are the first Pelleponesians to come here?

Panel 6
Teo: A bunch of you people came here fifty years ago, my grandfather said. Some of them lived here in Jegga when it was still ruled by his father. They told… stories.

Panel 7
Ruby: Yeah. Some of them married into our clan. My grandmother is a Reltian human. That’s why I look a little more human, and have a human name. It’s her middle name.

Panel 8
Teo: There were more that took up with the Colonies, or some of the little micro-nations you see scattered around. Whether you’re actually spacemen or not, it’s not really a big deal. As long as you let us live our lives we don’t care where you think you’re from.