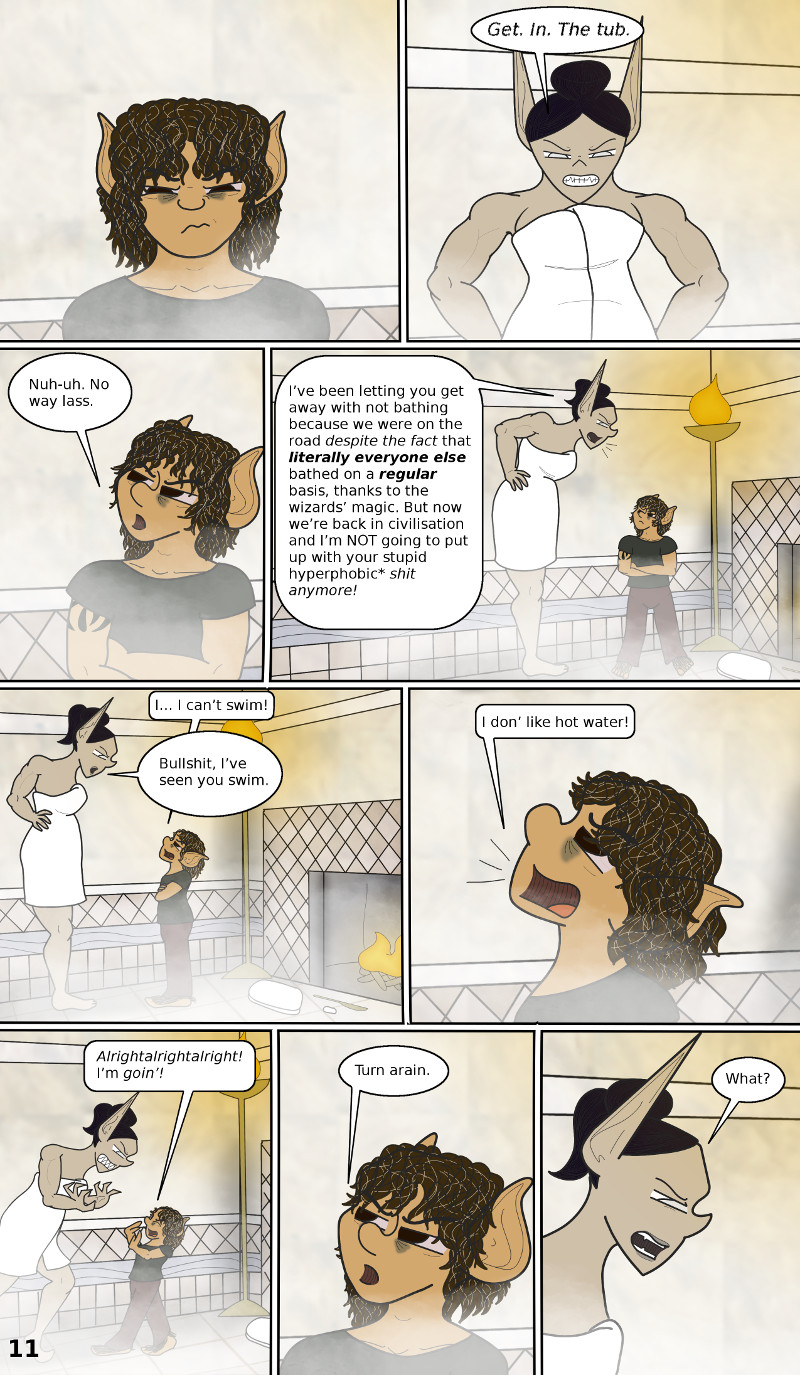 More on this will be explained later, BUT…

The reason Sancho (and most Edeneans, honestly) don’t like baths isn’t because they like being dirty, but because bathing can be dangerous.

Even though they are a Roman “protectorate” (read: vassal state), basic sanitation services such as aqueducts and sewers, are not provided in most of Edena. Only the bit of the capitol city where Roman officials live has these basic services. And because they don’t allow Halflings to go to school or apprentice as engineers, architects, doctors, etc., there are no Halflings to qualified to build the basic infrastructure needed. That means personal or communal wells, groundwater that is polluted by person and animal waste, and no system to clean or heat the water except in the hearth. And with the prices of fuel going up all the time, there was not enough to be wasted for boiling water for any but culinary means. Also, it’s cold in Edena. Even in summer, it gets chilly at night. So if you’ve got a husband and son who are always sickly, you don’t risk making them sicker by bathing them in cold, dirty water.

Panel 2
Bea: (hands on hips angrily. Speaking through gritted teeth) Get. In. The tub.

Panel 4
Bea: I’ve been letting you get away with not bathing because we were on the road despite the fact that literally everyone else bathed on a regular basis, thanks to the wizards’ magic. But now we’re back in civilisation and I’m NOT going to put up with your stupid hyperphobic* shit anymore!