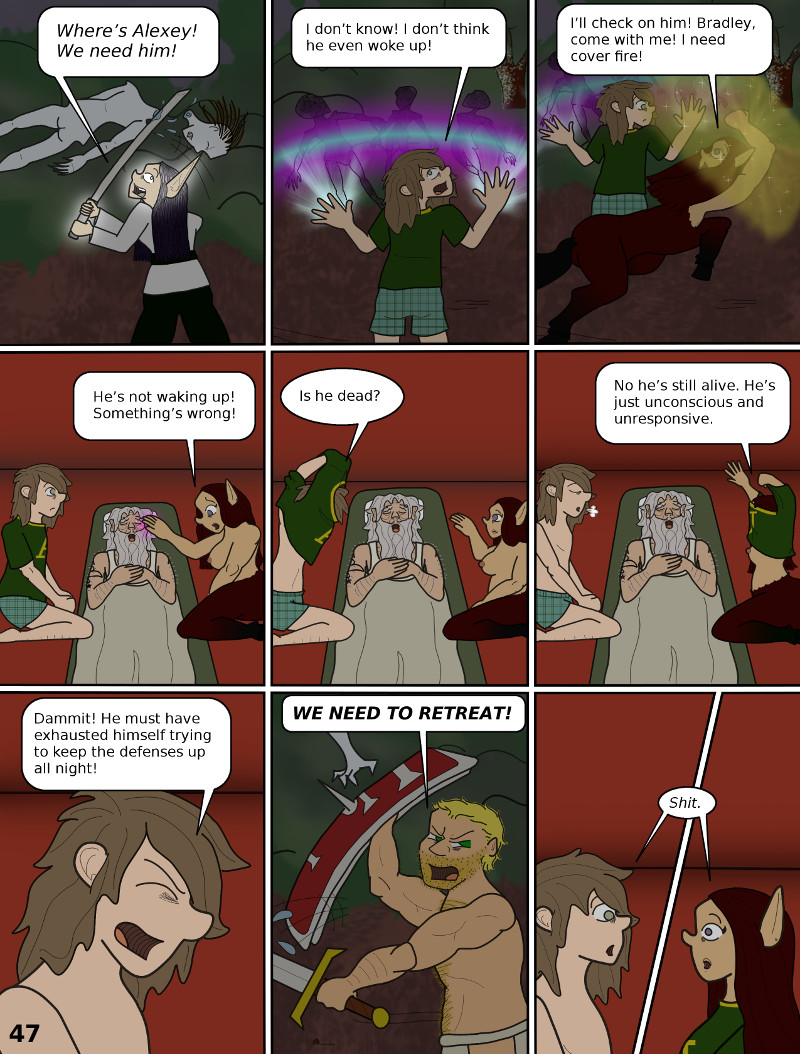 Centaurs are perfectly comfortable with public nudity. In fact, the only reason the women wear shirts is because Romani strongly enforces it. Otherwise, everyone would choose to be naked all the time and no one would care. Pelleponese, on the other hand, has very strict laws against public nudity/partial nudity. With the exception of swimsuits at public pools and beaches, tops that cover the chest and stomach, bottoms that cover at least the top half of the thighs, and shoes must be worn at all times by sentient creatures possessing corporeal humanoid bodies and/or feet.

For a transgender person like Bradley, nudity can be even more uncomfortable than it is for their cis-gendered countrymen. Even though he’s had his breasts removed and can now go to a beach without having to wear a t-shirt or a binder, he’s still getting used to going topless in groups, even if everyone else in the group is doing so, and even though no one in the group outside of Niki and Alexey knows. So he’s being quite chivalrous in giving Niki his shirt so she doesn’t have to go naked around all those other men. And even though she doesn’t think she needs it, she accepts because she knows how anxious he is about it.

–
–
–
–
–
(I am putting this bit down here because what I’m about to link has an age restriction) So we’ve finally come out of this long hiatus, and the reason for this is two-fold: While working on the next chapter, which is coming up very soon, I found that we are getting into some very Adult Content. Now usually I just hint at it really hard, but in a recent tumblr/FB poll a few people mentioned that they might like to see the Adult Content more obliquely. Now this isn’t the kind of thing I normally do or think about, so I sat myself down and worked out a scene (that has already happened off-camera, so no spoilers) so you can see how I do it. It is definitely 18+, just so you’re warned. And it won’t happen a lot, only when it is appropriate. I am not looking for critique, just a yes or a dear gods please no. You have been warned.