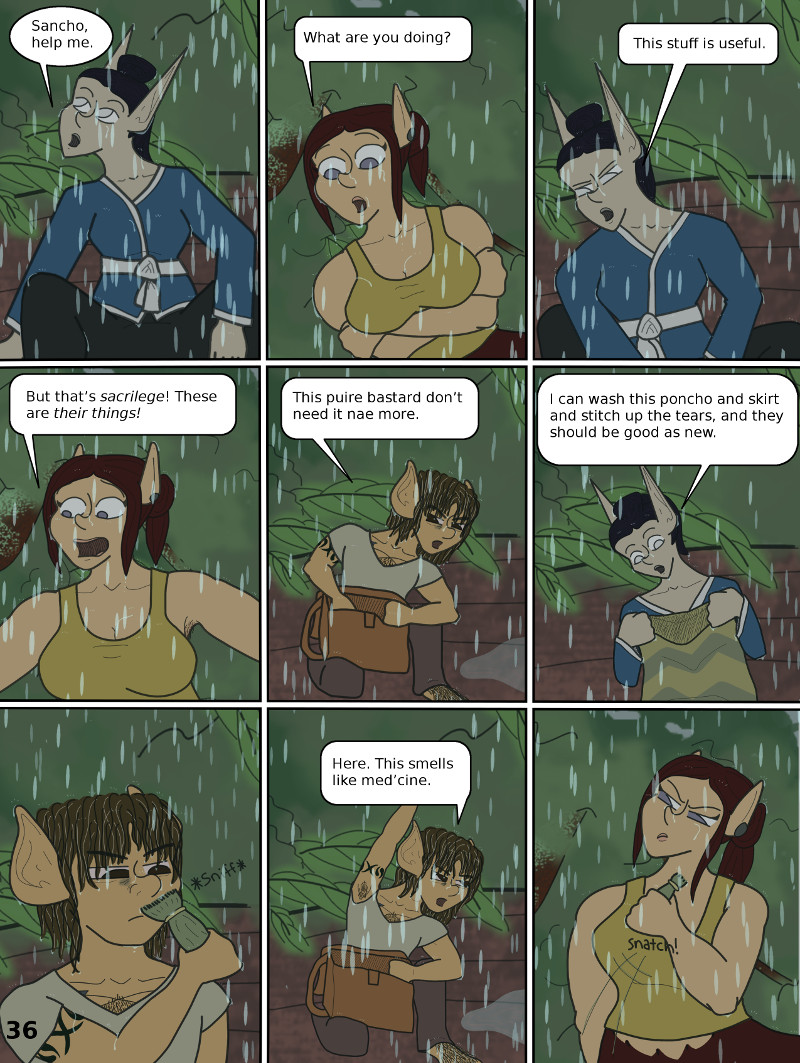 When centaurs die, they are buried with some of their favorite possessions, or their armor and weapons, or whatever they had on them when they died. Unless they specifically willed possessions to go to someone else, it is forbidden to use a dead comrade’s things. Unless they’re an enemy, in which case looting rights apply.

Edenean Halflings have a similar custom, come to that. They are typically put in a barrow with some choice possessions they’ll need in the afterlife. But Sancho leans towards atheism most of the time. Besides, when you have very little in your life that’s actually yours and very little money to replace broken tools, it’d be a shame to let your dead dad’s axe that still has at least five good years of service to it go to waste.