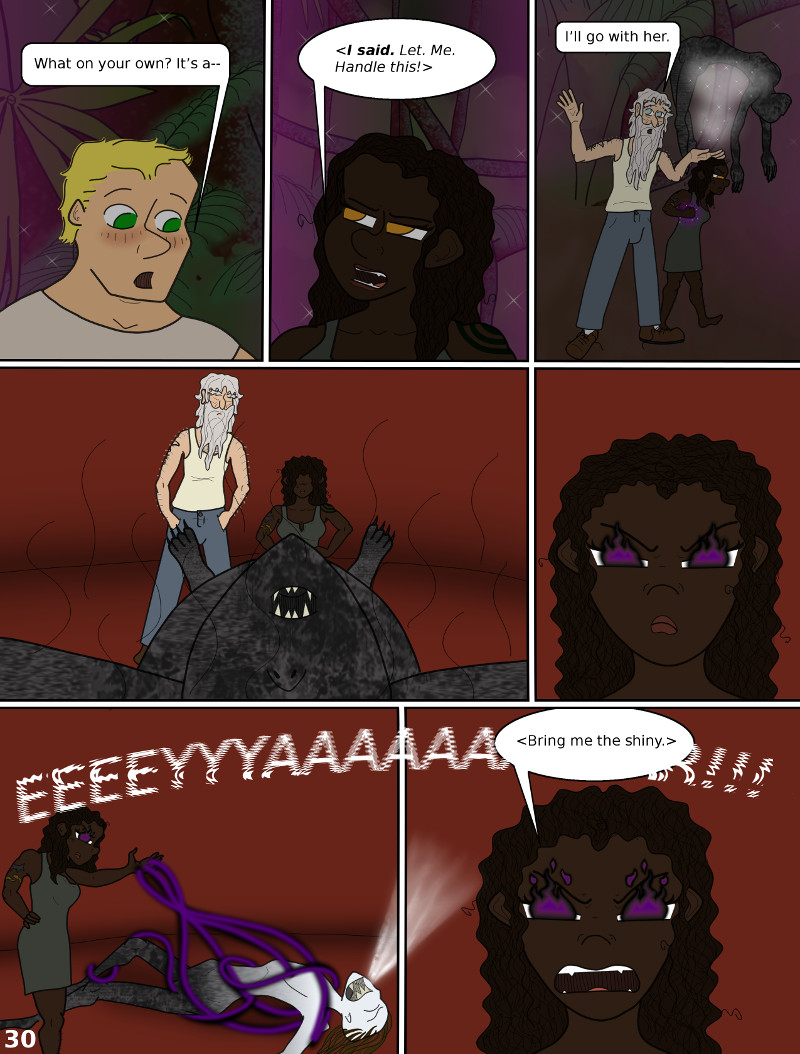 Necromancy isn’t an inherently evil skill. Not any more so than, say, fire magic, or mind magic. It’s all in how you use it. And it’s hard to be a master of elements, including life and death, if you don’t have any death magic in your repertoire.

A regeneration spell won’t work because that’s healing magic. And if you just reanimated the charred flesh, you wouldn’t get much use out of it. So you have to use more of a reconstitute spell combined with reanimate on undead.

Also don’t ever call an elf “Shiny”. It’s a very offensive term, much like those rhyming with “boon” and “sink”. It’s a mean word. But most elves in her household were called this more often than their proper name and she’s pretty pissed and could care less at the moment about hurting someone’s feelings. She’s fixin’ to hurt a lot more than feelings right now.