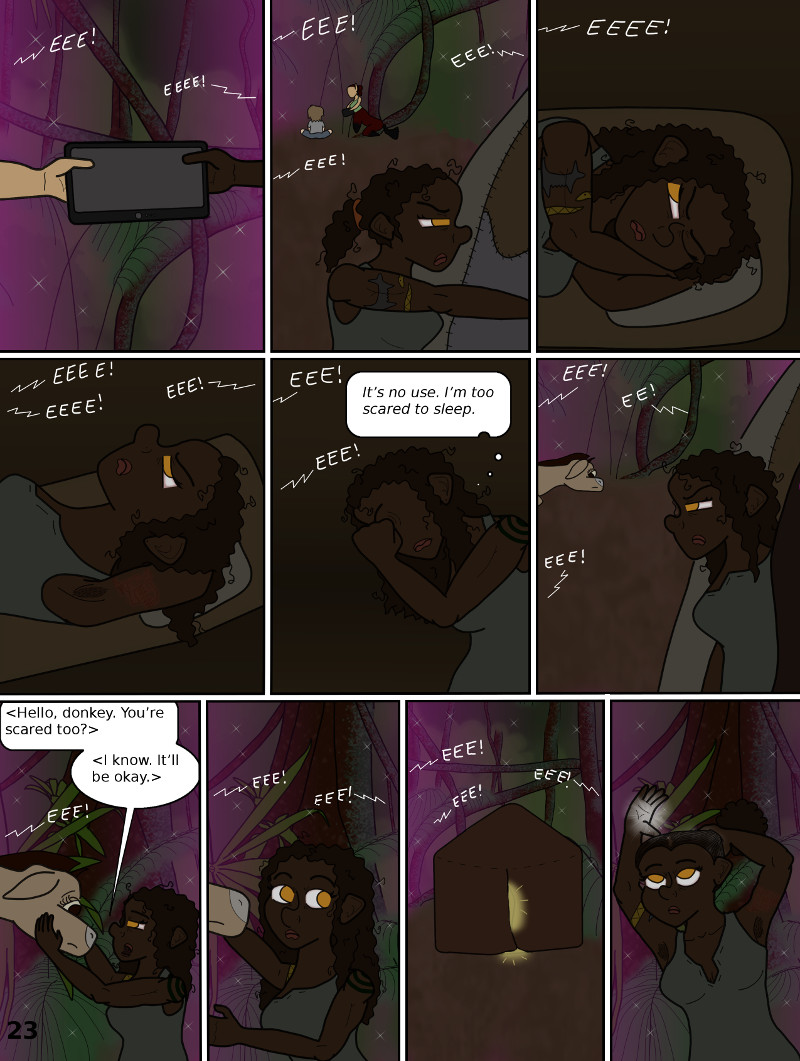 Uba straightens her hair. When she was first taken to Romani, the family that owned her didn’t like her hair, so they made her straighten it. If she had been a kitchen girl or a scullery maid, no one would have cared, because no one of importance would have ever seen her. But she was purchased for looks; to be an exotic beauty to serve at table and stand around looking pretty when company came, or to accompany her mistress around town as a sort of fashionable accessory. (They didn’t like her tattoos either, and made her wear long sleeves at all times.)

But she didn’t like any of products or tools other Roman women used to straighten their hair (which was fashionable at the time); hot flatirons and harsh pomades that smelled of cat piss. So she learned to straighten it using magic (to be more exact, manipulating the water and life particles in the hair). She had to be careful not to get caught, though, as per the anti-magic laws in effect around the empire. Even though she’s not a slave anymore, she’s gotten used to straightening her hair around non-Kasis. She’s much more comfortable with herself around Niki, though, and to a lesser degree the wizards. But she won’t let anyone else see her in her natural tight curls.