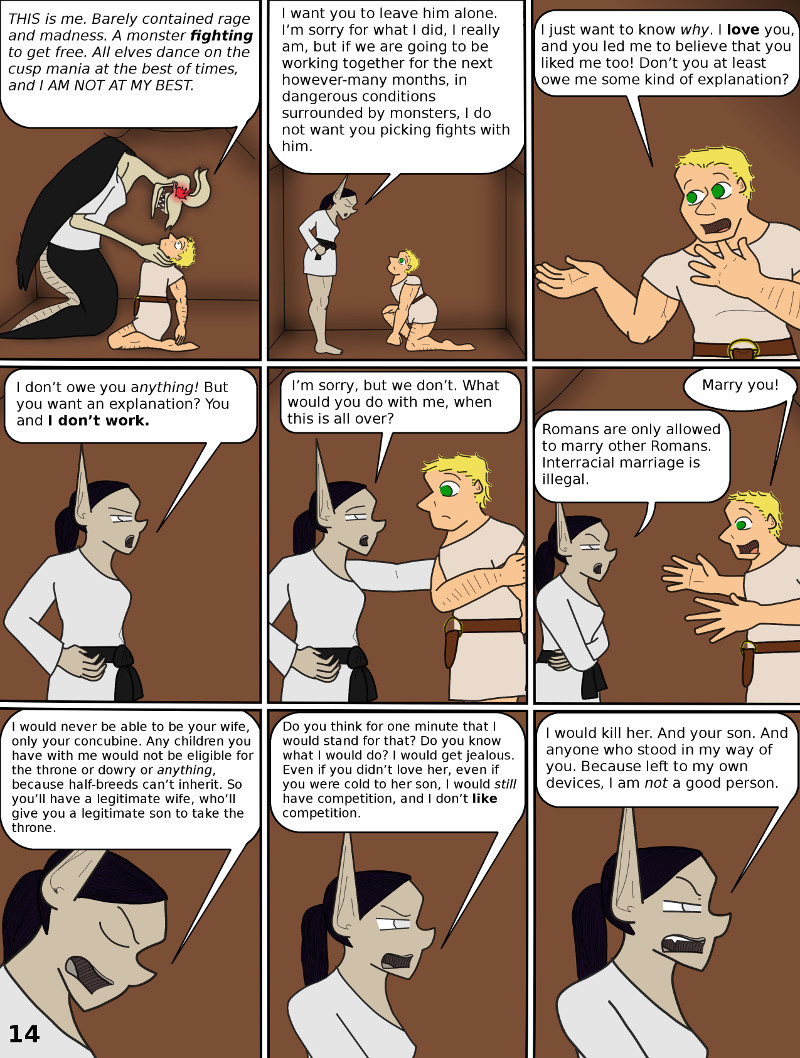 She took the form of a va-Nishi’i, a female chimeric spirit in elven lore who judges the dead. She will sit outside the residence of someone who she thinks needs to die and screams for the angel of death to come. Then she decides if they’ve earned a place among the stars with the other gods, servitude to these spirits (who in heaven deserve to be treated just as they were in life), or to be turned into a demon/spirit that does it’s work on earth. The queen of the va-Nishi’i is Halethra, Bea’s matronym. It wasn’t meant as an insult, but because these spirits are thought of as wise and brave. They have a very important job to do. But her name has been used against her her whole life as someone who is violent, insane, and ugly, so she’s internalized this as Voice, as well as the thing she turns into when she goes berserk.