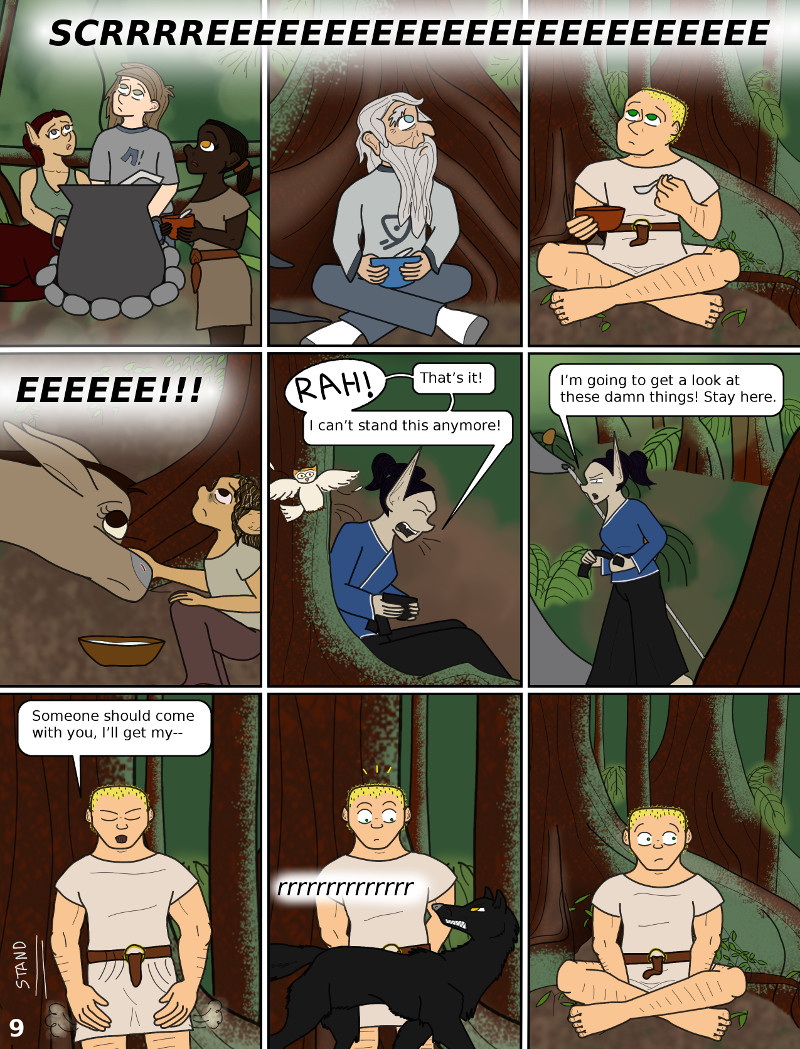 He’s not trying to go with her because she’s a girl and needs protection, he’s trying to go because you never send a scout out alone. He normally sends a scouting party of at least five people if there’s no immediate threat, but in a situation like this, where there’s something nasty out there that has already wreaked havoc on the land and probably wants to eat you, he’d probably send a team of twenty or thirty people. But in a group of seven, two high-level, able-bodied people who know how to defend themselves is an acceptable alternative. With his armor and weapons and dwarfish blood Lysander isn’t very quiet, but sneaking is a foreign concept to Romani’s Finest at the best of times.