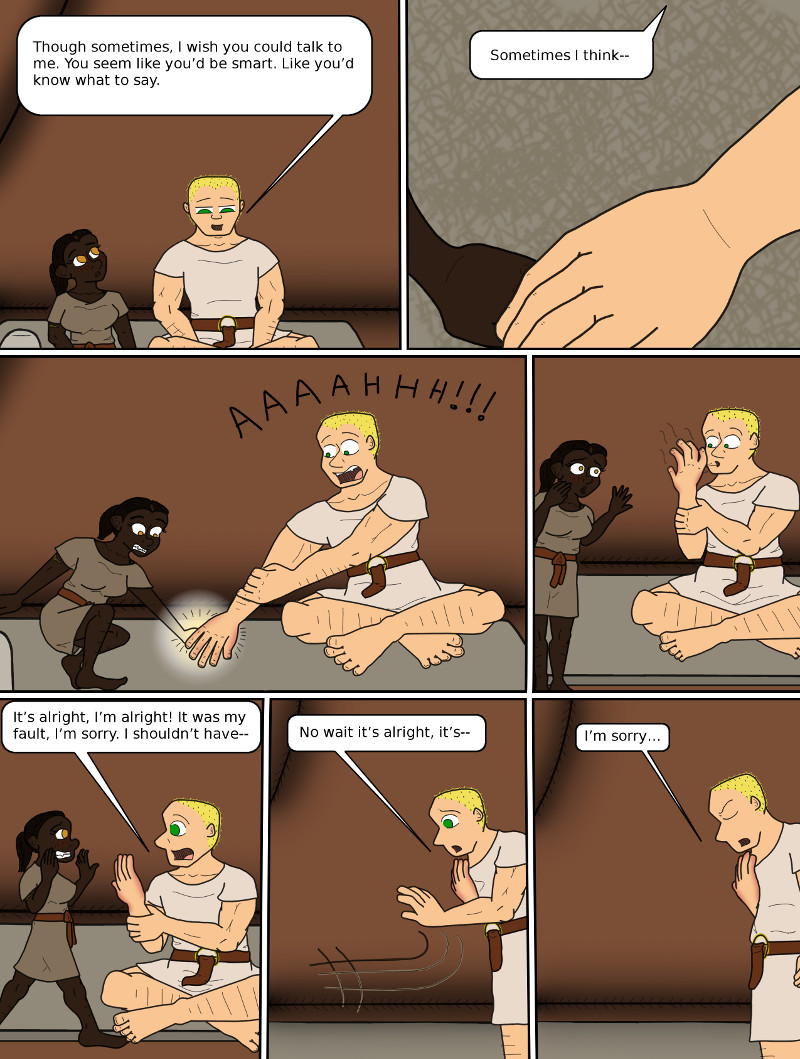 Uba doesn’t like being touched. Even before she was taken and abused she wasn’t real keen on touching. Her unconscious reaction now is to fire off a damage spell and run. She really didn’t mean to hurt him.

Lysander has a hard time with emotions and gets panicky, and he feels more grounded when he can hold or touch something. His unconscious reaction when he’s feeling anxious is to grab at something. If there’s nothing around, he’ll pick at a fingernail or a callous, or rub the back of his head (there are a lot of bumps and chips in his skull from when he got too big to fit in a dwarf mine, and banged his heads a lot.) Luckily, his hands are so calloused and used to grabbing hot things in the forge that Uba’s fire spell didn’t do any permanent damage.