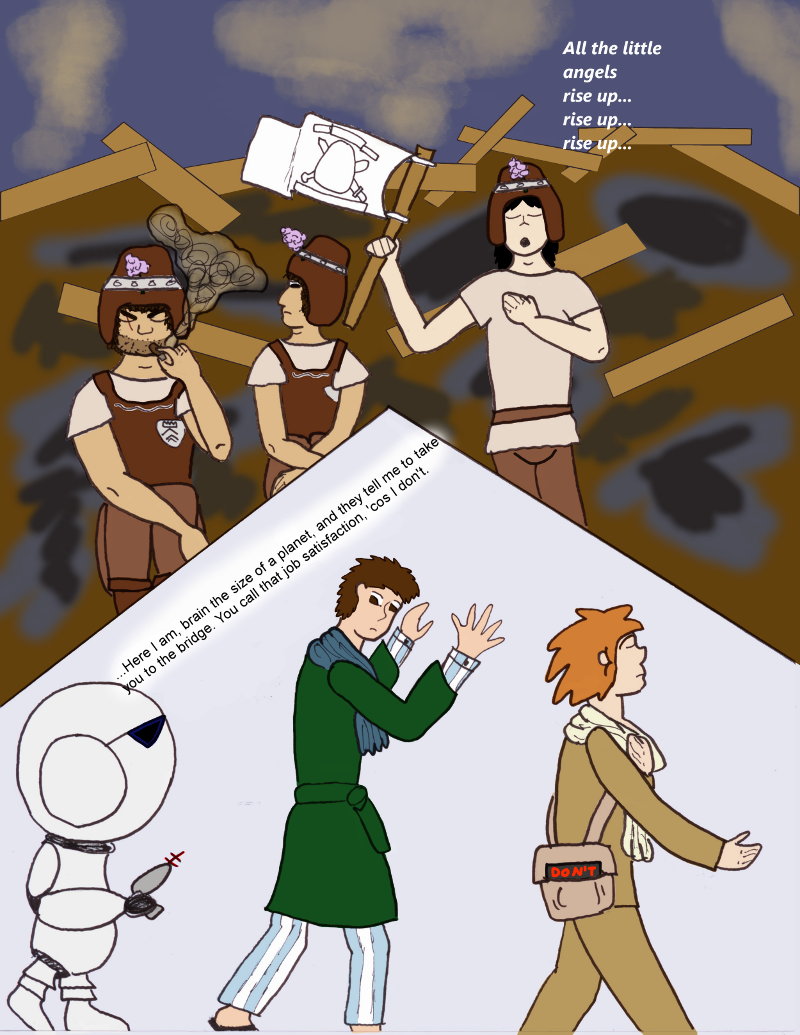 Happy May 25! Today is Geek Day, Towel Day (in honor of Douglas Adams) and the Anniversary of the Glorious Revolution of Treacle Mine Road (from Terry Pratchett’s Discworld series). So here is some fan art in honor of this great day. Up top is a scene from Pratchett’s Nightwatch. On the left is John Keel/Sam Vimes, taking a break from fighting to have a smoke; Young Lance-Constable Sam Vimes (yes, the same Vimes, 20 years ago), looking pretty nervous about the outcome of the whole debacle, and Reg Shoe (before he became a zombie) being “patriotic”. This is one of my favorite books.

Below that is a scene from Adams’ Hitchhiker’s Guide to the Galaxy. Marvin the Manicly Depressed Robot is leading Arthur Dent and Ford Prefect to the bridge of the Heart of Gold, the most improbable starship in the multiverse. This is also one of my fav books. I opted for the modern version of Marvin, and the old BBC versions of Arthur and Ford. I hope you enjoy your day of geekiness!