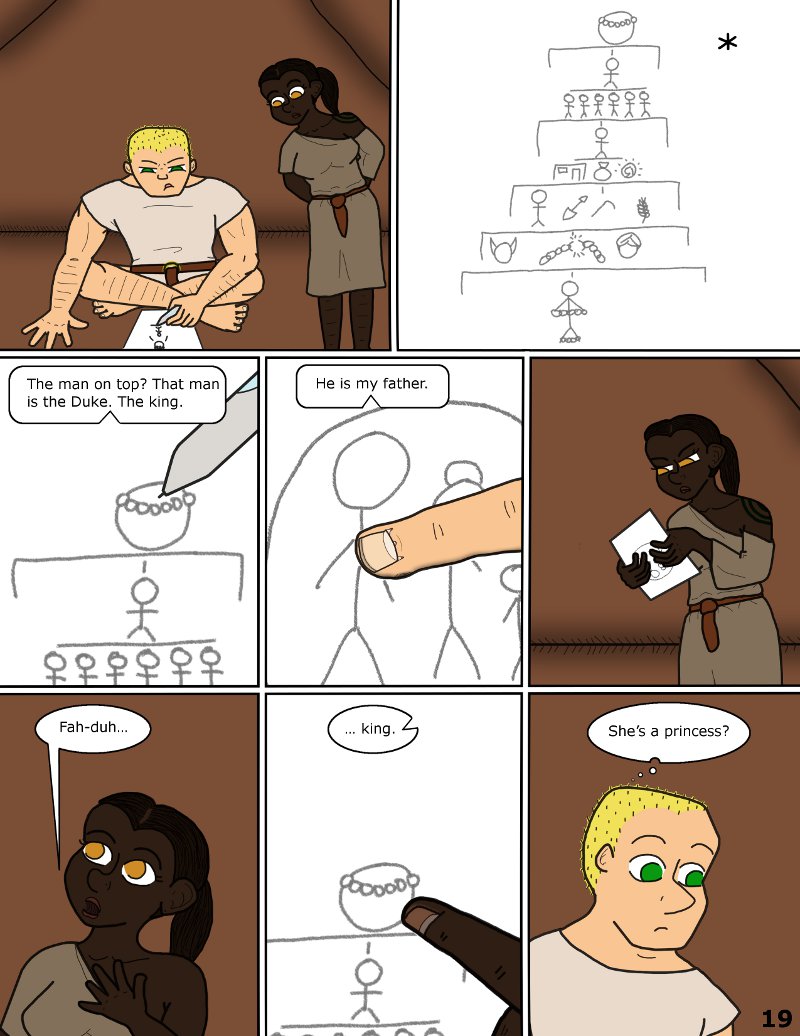 Duke (king. The original Aemelius Burr didn’t want his people to think of him as an absolute, infallible ruler, so he called himself a duke and had a council that helped him govern. But over the centuries, that sentiment changed. They still call themselves dukes, but rule like emperors.)
———————————————————————————————-

Human citizen commoners/Plebian class (human men who are of mostly Roman blood. Laborers. Must follow or convert to Jovianism. They can vote and are eligible to own property. They can rise in rank. Also consists of non-commissioned officers and legionaries as well as the police force.)
———————————————————————————————

Slaves and convicts (Citizens of Romani can be sentenced to slave labor if convicted of a crime.)