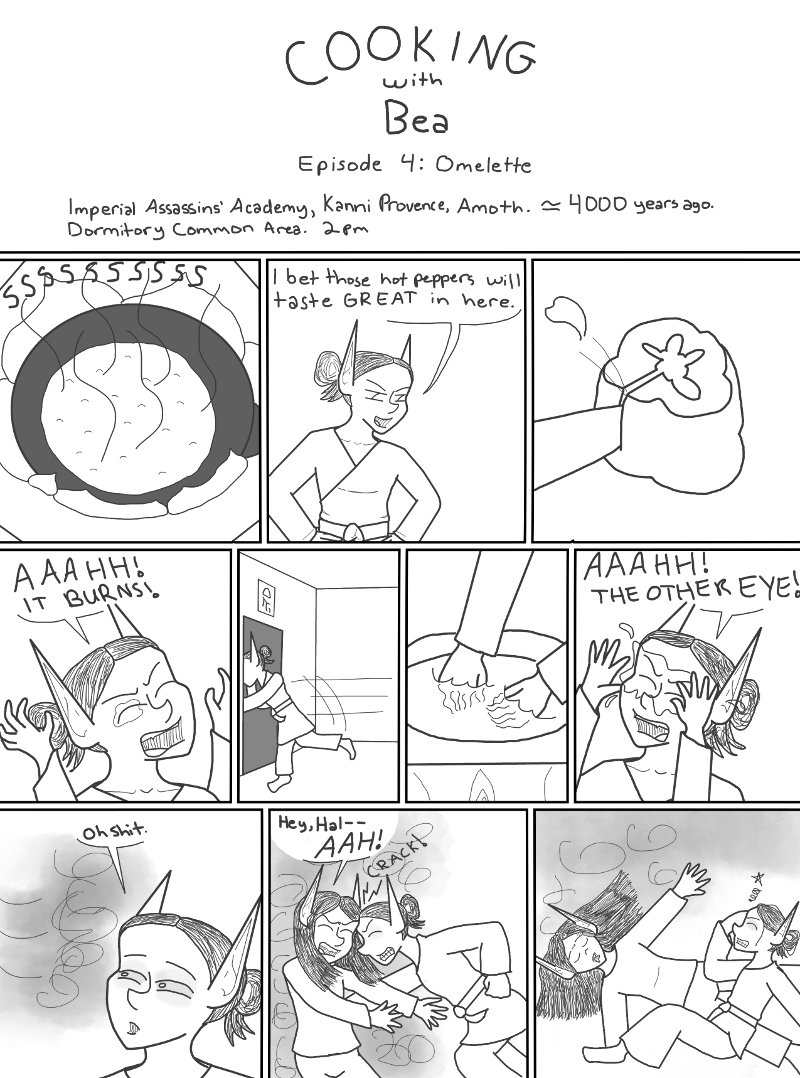 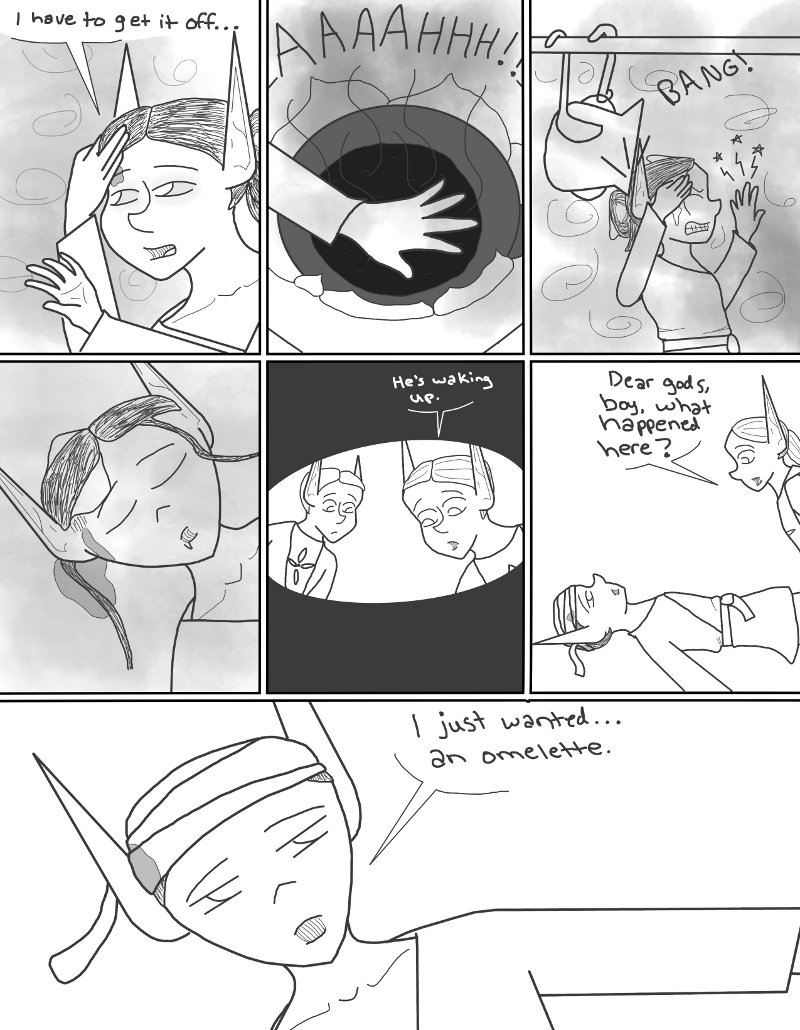 This Thanksgiving you get a special two-parter! Because there was too much to fit on one page. The inspiration from this came from this 4-chan thing that I wanted to illustrate. I figure this is a pretty good reason why she never learned to cook.

A bit of lore: one of Bea’s mother’s great ambitions was to have one of her sons graduate from the assassins’ academy with full marks. Unfortunately, none of her sons qualified. But Bea did. So she made her disguise herself as a boy to get in. But sadly, even after the academy went co-ed and she stopped using her shape-shifting magic and came out as a girl, no one could tell the difference. This has annoyed her her entire life. (Though if it makes her feel any better, most male elves appear fairly feminine to mortals.)