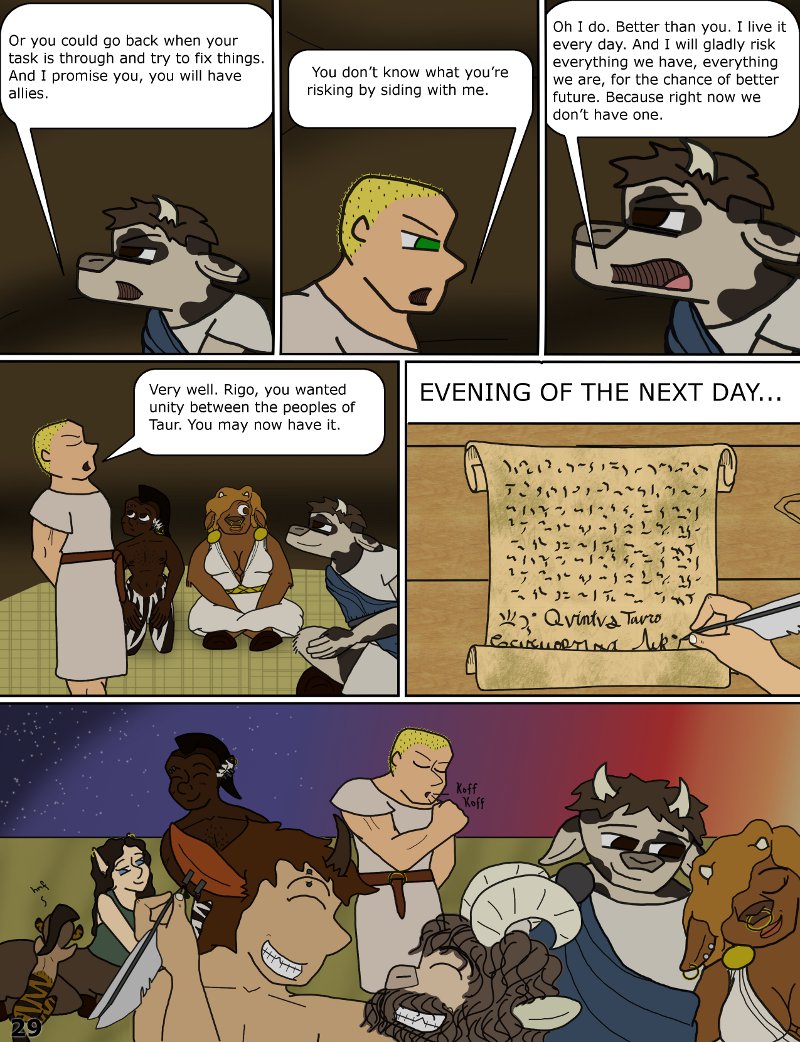 Rather than being an out-right declaration of rebellion against the crown, this document is merely a declaration of friendship, as well as an agreement that should the midden hit the windmill, these people and the clans they control will side with Lysander in return for certain promises should they succeed.The document can be shown to other clans who will sign if they so desire. It just makes the “Yo dawg we should be homies, and homies help homies,” a lot more official.

Also, starting Saturday I will be on vacation! While the comic itself won’t be updating, I will be putting fun stuff up on the tumbls.