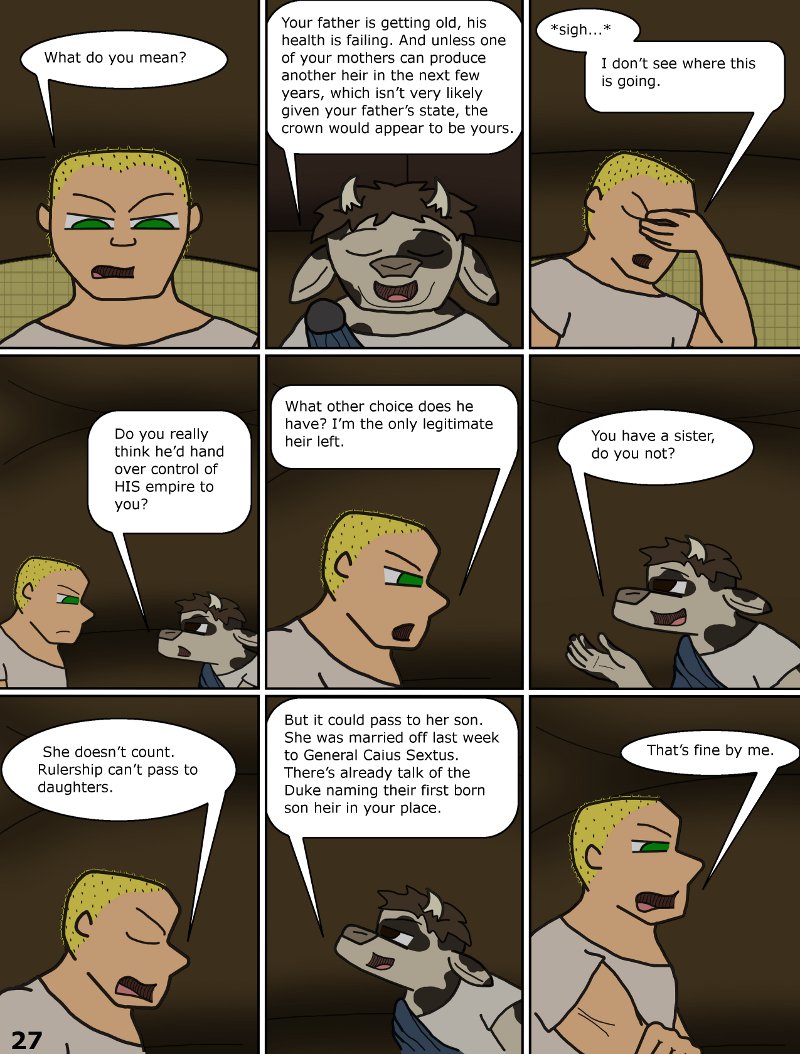 As king of “The greatest (sic) Empire in the world”, the Duke is the only person in Romani allowed to take multiple wives. For many of those dukes who have chosen to do so in the past this has caused no small amount of contention between wives over whose child will take the throne. In the case of Ludvilla Carmella and Gaia Lavinia, however, they have formed a very close bond, united in their joint hatred of their husband. There is some rumor it may even be a romantic bond. Even before the death of her son, Carmella had taken a serious role in the upbringing of Lysander.

In the event that Aemelius Beniaminus should die while his new heir is still an infant (a likely scenario), the crown would temporarily go to the child’s father. And Caius Sextus is not a nice man.