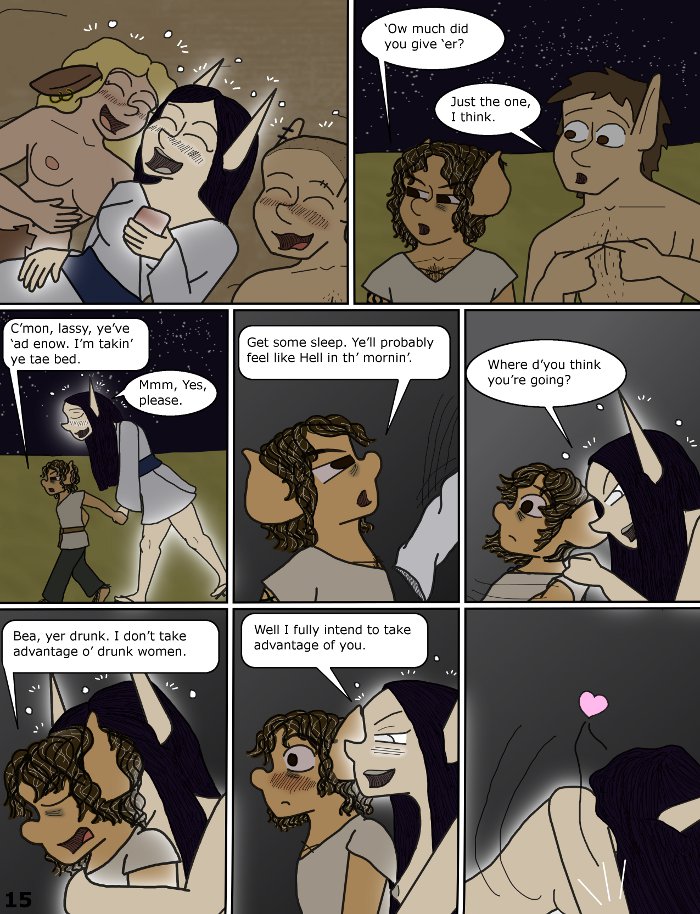 Racially, elves are immune to most disease and illness given a super-buffed immune system. However, they are extremely susceptible to poisons, fumes, and gasses. This includes alcohol and other drugs. This, coupled with Perdwatan merchants starting an opium fad in Northern Amoth that took thousands of years of cure, has given rise to narcotics of any kind being considered taboo in Elven high society. But only in Amoth. Mainland elves, while still suffering the same effects as their high-elf cousins, do not have the same prohibition. They have a more “everything in moderation” outlook on things.

Also, I updated the cast page with a couple new characters, and fixed some typos I’d forgotten about. Take a look!