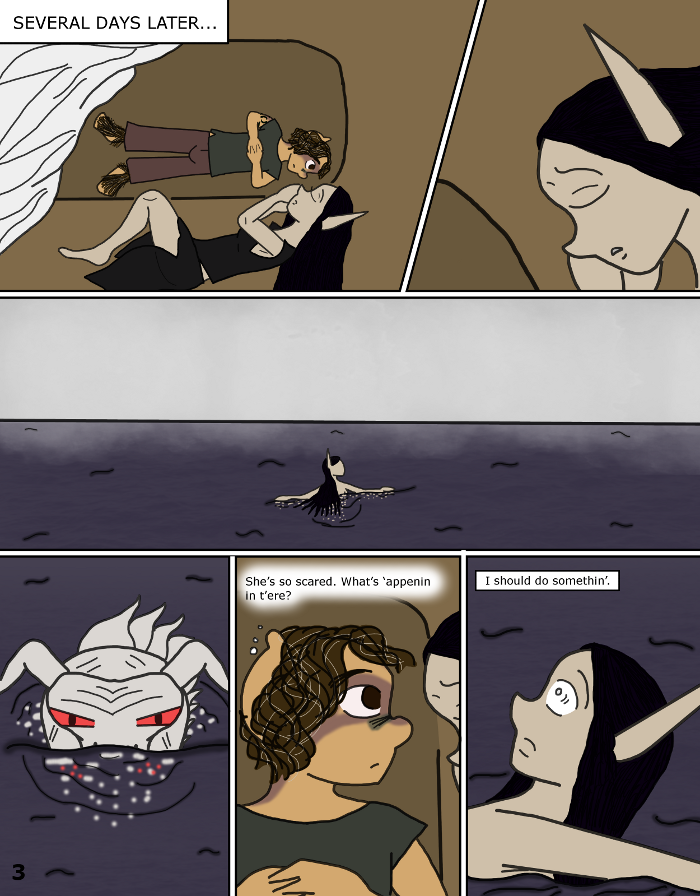 Before anyone asks, the healers gave her a sleeping draught for her over exhaustion. They gave him one, too, but his tolerance to sedatives is much higher than hers.

Also I’ve made a few subtle changes and wanted to know if it is an improvement. Chances are, no one noticed, and that’s probably a good thing.

First, I switched to inking with the tablet instead of pens. I miss pens, but this is easier, and I think it makes the lines look bolder and more solid. It also gives me a lot more intermediate control on how fine I can make things, improving the clarity of small figures.

And I started using a smaller font, and scaling the final images a bit smaller, as everything looked really big once it was uploaded and it really annoyed me. I like the smaller versions better, but I might be the only one.