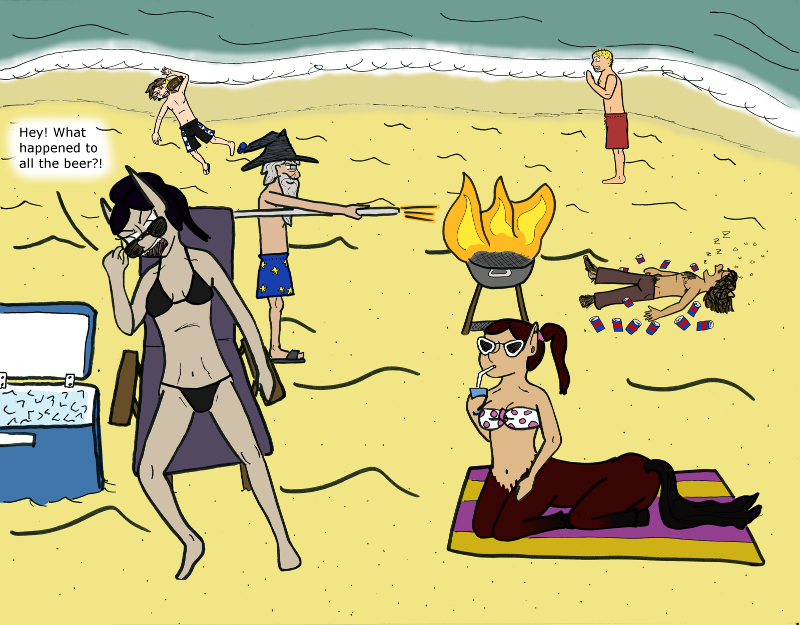 It’s Labor Day here in the US, and that means BBQs, football (the kind played with your hands, not your feet), and getting drunk in the sun on cheap beer while your friends draw cocks on your face with a sharpie. Unless you work in retail, like 25% of America. Then it’s the longest work-day of the year. Yeah, I know, that’s basically every American holiday.

Labor Day became a federal holiday in 1882 (30 states already celebrated Labor Day, as well as most of Canada) following the Pullman Strike, in which the military was called in to break a strike of the American Railway Union in the only way they knew how. 15 workers killed, many more wounded, and $80 million in property damage later, the strike ended, and President Grover Cleveland tried to appease the furious masses by instating a new holiday. So now, we get drunk in their honor.

I also went into labor on Labor Day 2007 during a family BBQ. One day I’ll tell my daughter that not only does she share her birthday with King Louis XIV “Roi de Soleil” but with a massacre of American workers. And my birthday’s on Pearl Harbor Day.

So happy Labor Day, America! Don’t go out and buy anything or go to any restaurants, those people need a break.