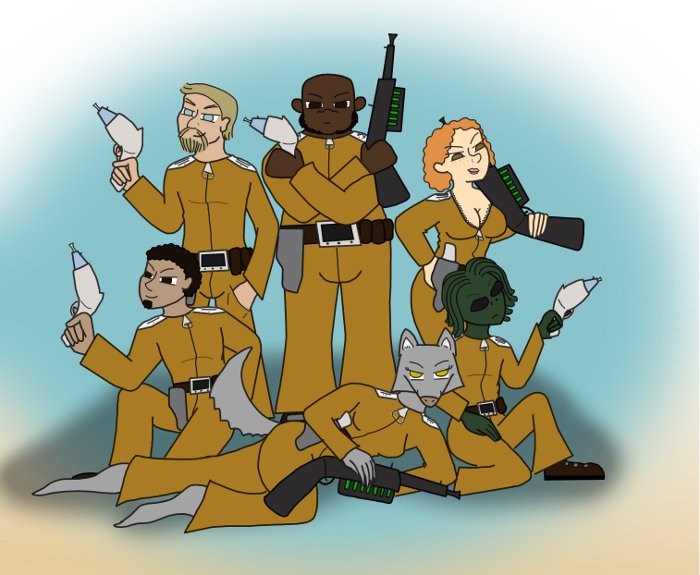 The Crellian War (declared Year of Settlement 62 by the Pelleponesian calendar) was a conflict between the Federated Trading House (FTH) and the Sharman Empire over the planet Crell in Pargot system. While the exact details are not known, it is believed that FTH had been in peaceful negotiations with the tribal leaders of Crell for resource rights in exchange for a junior-level seat in the federation. But before the official paperwork had been finalized, troops from Sharm landed on Crell and began taking undefended settlements by force. FTH declared war for the first time in five hundred years.

Being key seat holders in the Trading House, most of the troops and preparation fell to the Europian Bodies, including the new colony of Pelleponese, situated on a remote island sub-continent on a primitive planet. Pelleponese, who was still struggling to stabilize itself, refused to raise and send troops. So Europa instituted a draft. While some volunteered, many Pelleponesian men and women tried to dodge by fleeing to the Mainland of the planet, where FTH had no authority. A few succeeded, but most were captured and forced to fight. This action infuriated many Pelleponesians, leading to a distrust of the Europian government.

After the Sharmans admitted defeat in Y.S. 66, Crell was officially inducted into the Federation, and a thoroughly fed up Pelleponese petitioned for independence from the Europian Bodies. While still a member of the Federated Trading House, Pelleponese remains the only nation to secede by purely bureaucratic means.